Probably the most used kites are the ones that can be used at any discipline. Call them what ever you like; crossover, hybrid or a One quiver kite.  Those kites are getting more and more populair. The reason is clear. Who doesn’t want a do-it-all kite? Yes there are still a few people who still want kites without bridles or a dedicated wave kite. But they seem to become a minority. And most of us won’t have set backs by such a do-it-all kites. The 2019 Eleveight RS, Naish Dash, F-one Bandit V12 and the Duotone Dice should fit the description of a do-it-all kite more or less. All of them should be suited -on paper- for a wide variety of kiting styles. Either on a twintip freeriding, freestyle and even on a wave board. And yes they have a lot in common, but they are certainly not the same. Some exactly met the expectations and some don’t.

After using them back to back a couple of weeks in a variety of conditions with the testteam on twintips and sometimes even on a waveboard we can say that all four kites aren different. All of them serve a certain type of kiter. The right question is always which one will fit you the most. 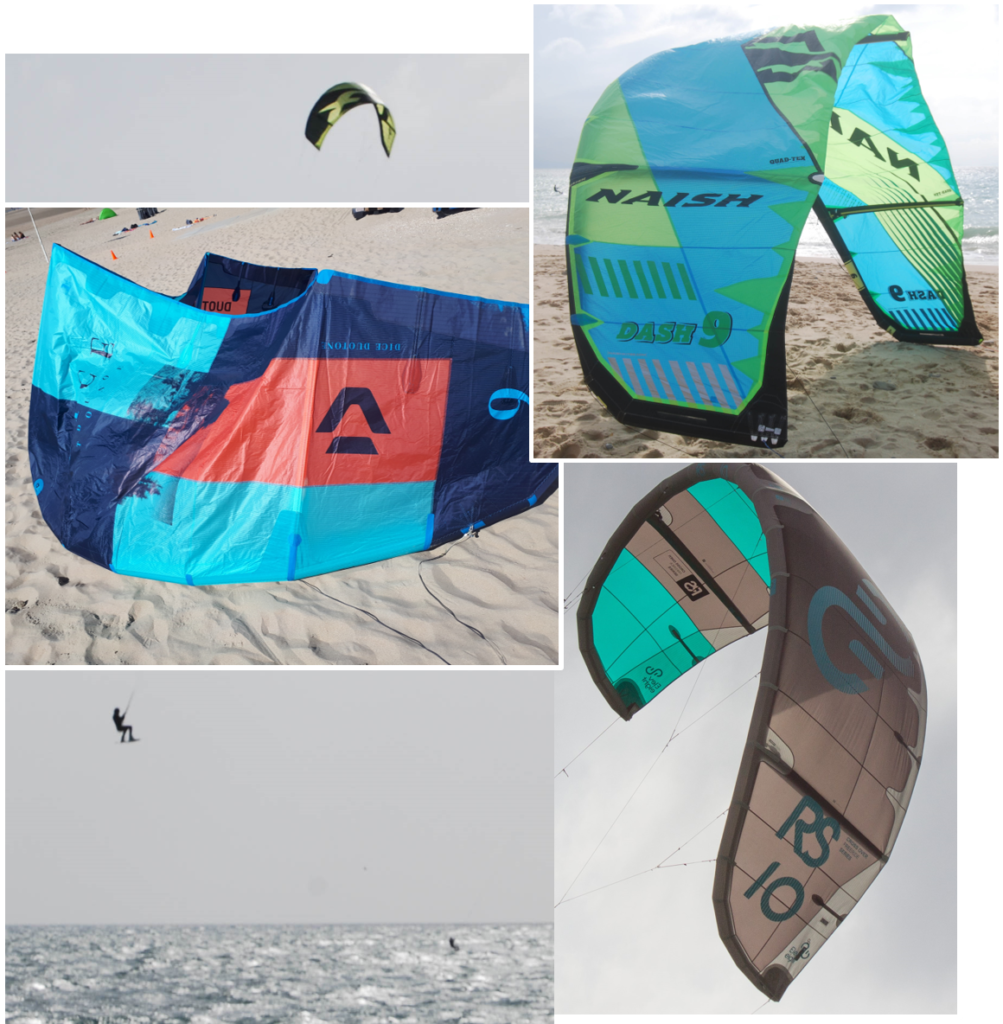 On the more stable side there is the Eleveight RS. The kite is less alive compared to the others. But it has the most boosting power and has very good jumping capabilities. The kite is -or feels- a bit to long for a mega loop. On the other hand it isn’t too difficult to perform impressive long floating jumps. 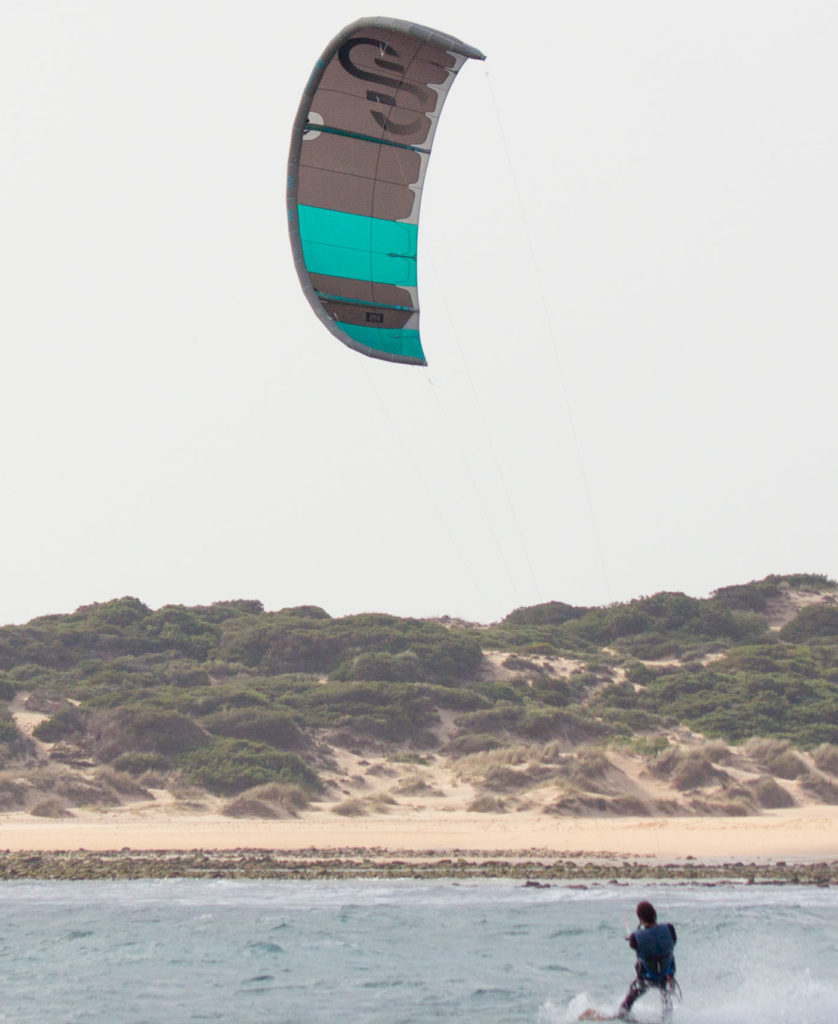 Actually the RS is more like an Evo than a Dice and it isn’t a new version from the Best Roca. Although the designers are the same.

We shouldn’t forget mentioning Eleveight is the first brand we see it following Naish in a quadruple ripstop canopy. We are impressed by the quality of Eleveight in general. For example the lines seem to be much better over the Dice and the Bandit. And it is the cheapest (-15% roughly) among the four kites. But be aware to possibly get less out of it on the secondhand market.

The Dash is the opposite in most cases from the Eleveight. Although Both on quadruple ripstop the feeling on the Dash is much more like flying a feather. Which cannot be said of the Eleveight. This sensitive and reactive behaviour is how we like to have them. Both the weight and the feeling obviously are not -or barely- negatively influenced by the quad-tex. And an interesting point -although undecided about the actual influence on the Dash- is that it should be pumped to 11.5 PSI. Which might be 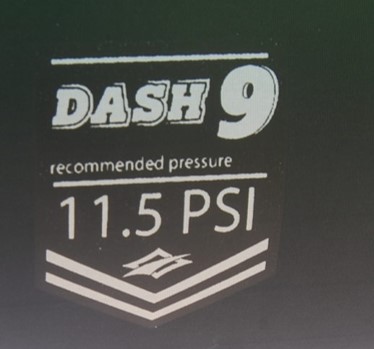 the only actual novelty in the kite industry for 2019. It is a much higher pressure compared to the others. Certainly if you compare it to the Dice (only 6 PSI).

On a wave board people were really happy to with the Dash. Quick and snappy, always in control and good drifting. It would be the winner for the majority of us. Too bad the trailing edge was shaking heavily when being put in a stress test by the more radical moves. A Core GTS or a Ozone Enduro can show you how a rigid canopy can be designed. When powering up the Dash drastically to a maximum in a gust or throwing it down in a megaloop you not only see but also feel the shaking of the cloth in the back lines.

This is the point where the Dice takes over. Although it clearly isn’t everybody’s perfect choice. Things like timing -, rider and input wise it is quite a step to get used to the Dice. Probably mostly due to the low bar pressure. 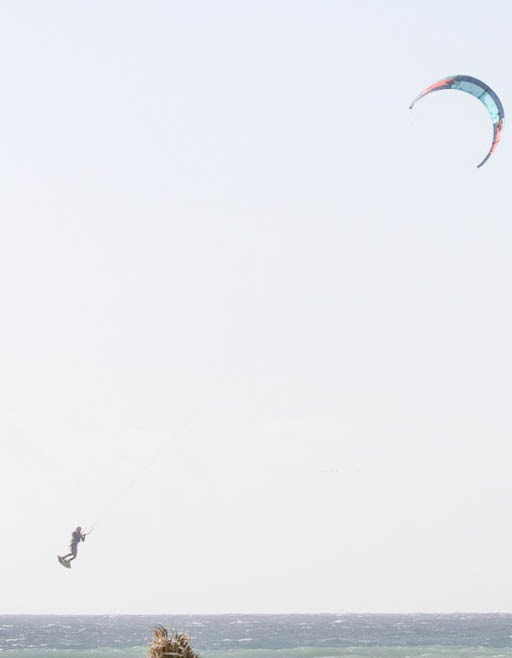 Out of these four the Dash is much better at riding waves for instance. But when you get the hang of it, you understand why the Dice is made. When in the right wind, input and take off the power comes as strong as a proper C-kite can deliver. But than as smooth as a hot knife goes through butter. The pressure build up, particularly when being really wel powered up, is so smooth. And yes – on the contrary to a C-kite-  the Dice (and all four kites in this test) can be depowered easily at any moment just by pushing the bar out. If you get it right it will reward you big time (currently it holds the WOO record). The designers at Duotone clearly did a good job tuning the Dice. We don’t like all things of Duotone. For example the lines on the bars are wearing out too quickly.

Now about the 12th version of the F-one Bandit. 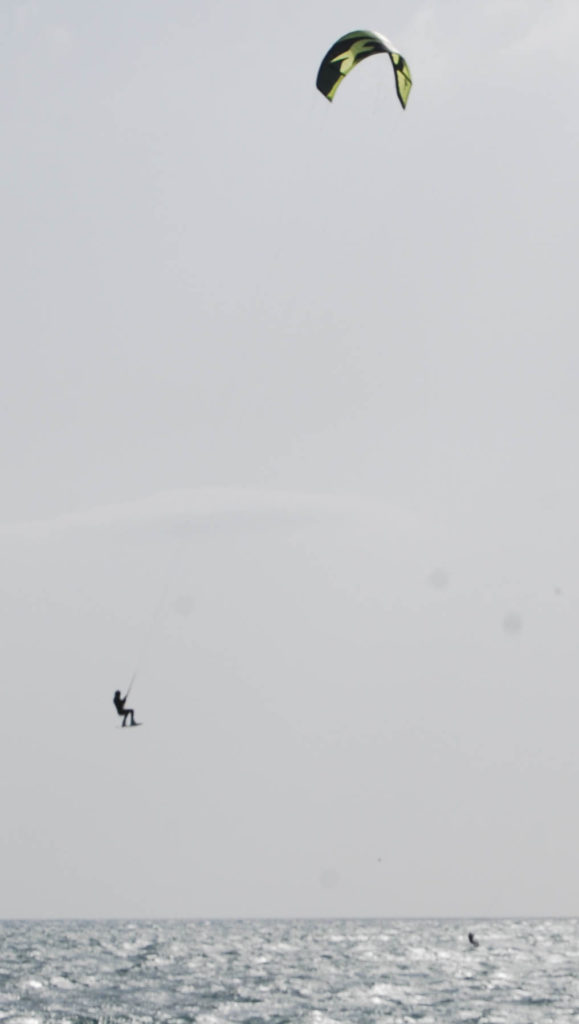 We struggle. We struggle to understand what to make of it. First of all the bar pressure is much higher and seconds it is slower than the Dash and the Dice. Which does make it easier to feel where the kite is. This is how it gives a certain confidence to the (intermediate) rider. Mellow maybe the right verdict, This isn’t liked by all riders. It turns rather easy around its axis and jumping is more easy over the Dice. But a more experienced rider who is pushing the Bandit to it’s limits will get a kite that is rather trying to ease down all input. Sadly the bridle eating pulleys (and already rusty) are still in use on this 12th edition.

We did manage to pull of some really high jumps on it. The 12th version is much like the 11th. But there is one clear change. F-one has changed the back line connection. We are not sure if this is a succes. There are two options; heavy bar setting or even more heavy. Numerous time we tried the Bandit at different power setting. Mostly because we couldn’t find its sweet spot setting.  What wasn’t helping that -even very depowered- the Bandit would give some sort of back stall feed back. The Bandit is the lightest of the kites we tested, but that is not clearly felt. Like we did something wrong. 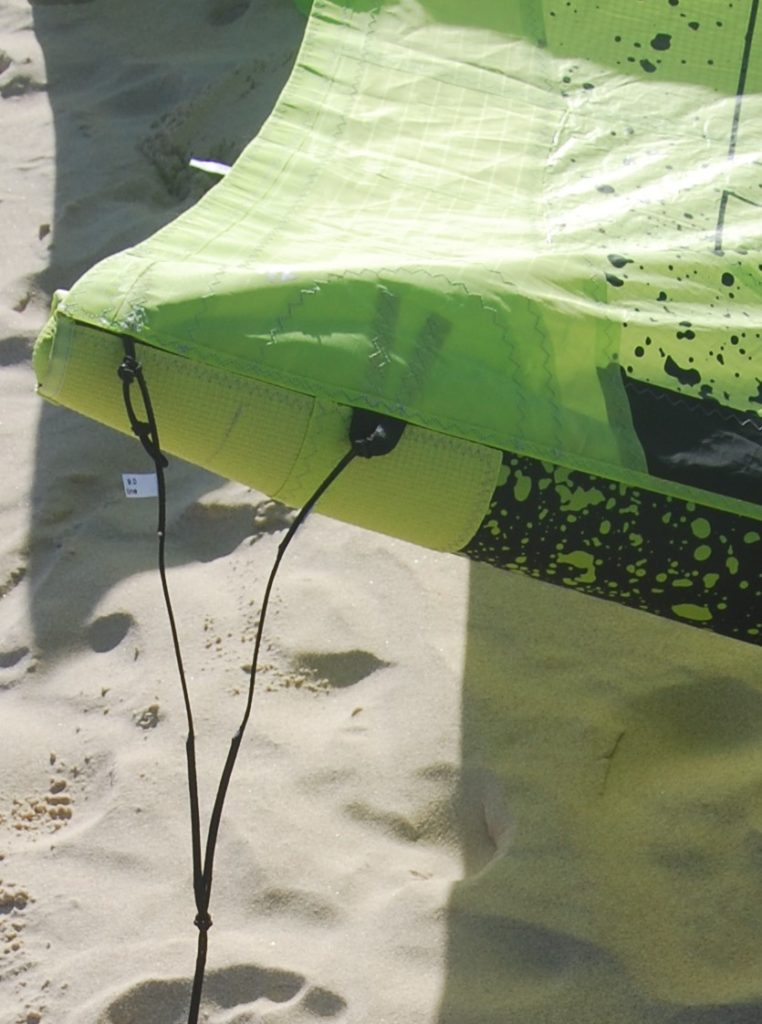 We have some Bandit owners among our test team. But they didn’t seem to fall in love with the newest version. We contacted a couple of other long-term Bandit riders (who don’t ride other brands but just to get the answer about the pros and cons from version to version). Two out of the three riders we contacted answered that we are crazy and that -of course- the newest version is the best. And the third? Unhappy about the new back line connection….Let’s see how the comments (below this review) will turn out.