This post isn’t an actual review. But more or less a theoretical experiment coming to reality. A theory which is based on the idea that established brands have been lacking any serious r&d the last few years. Is there a new era coming in kite development based on algorithms calculated by computers?

Imagine the perfect kite. One that will bring us “WOO records up to 40 meters” and unmatched performance. How? Not by endless trial and error field testing. Nope. By measurements and calculations by supercomputers. Algorithms which are learning from data that are created by measurements in the kite and fluid dynamics science. We have not seen such wild and different ideas in the kite industry before. But this is how Vantage kites will be developed. This interesting proces has been starting back in 2017 which we have been following for a while now. 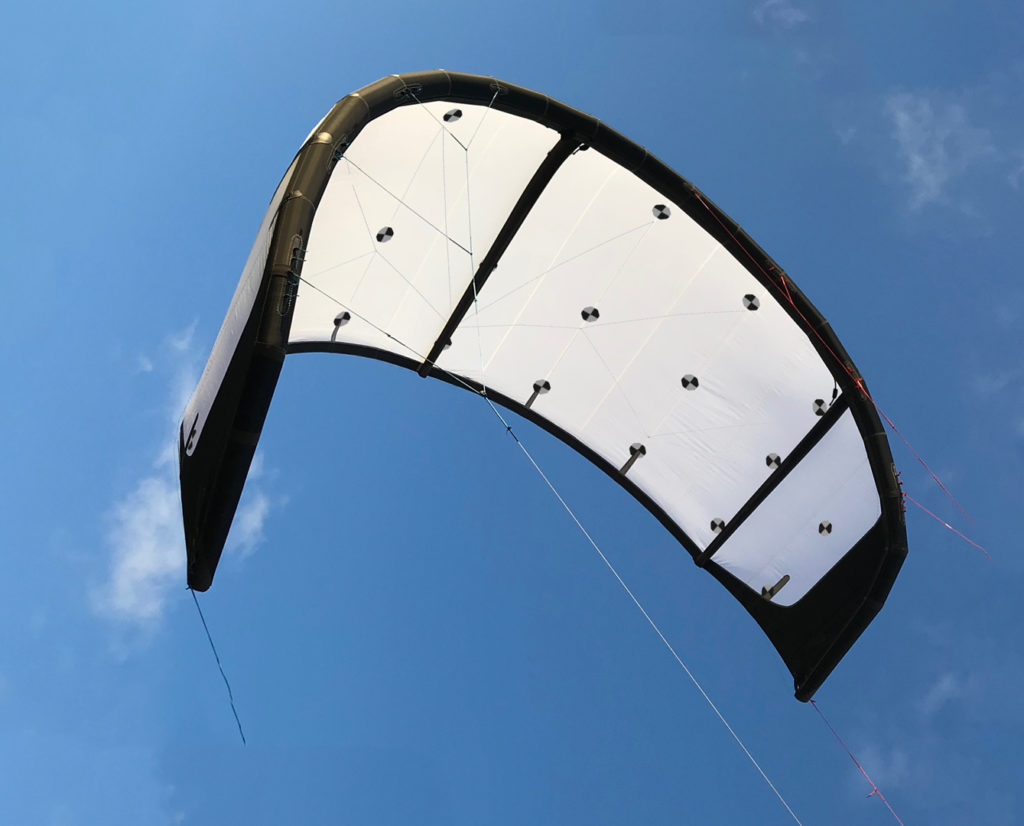 The person behind Vantage Kites is Robin van de Putte (age 33 from The Hague, Netherlands). He previously founded a drone company which developed flight control computers and algorithm software. This is how Robin benefits from a network of high skilled computational fluid dynamic engineers. We have seen interesting video’s showing the results of the calculations. Unfortunately those were still too secret to share. At the moment Robin’s computers are running simulation algorithms for at least two different kites; One of them will be completely aimed to be a WOO record slammer. Jumping as high as it can get. This prototype is aiming to be at a major spot in the WOO leader board in Cape Town within the next few months. 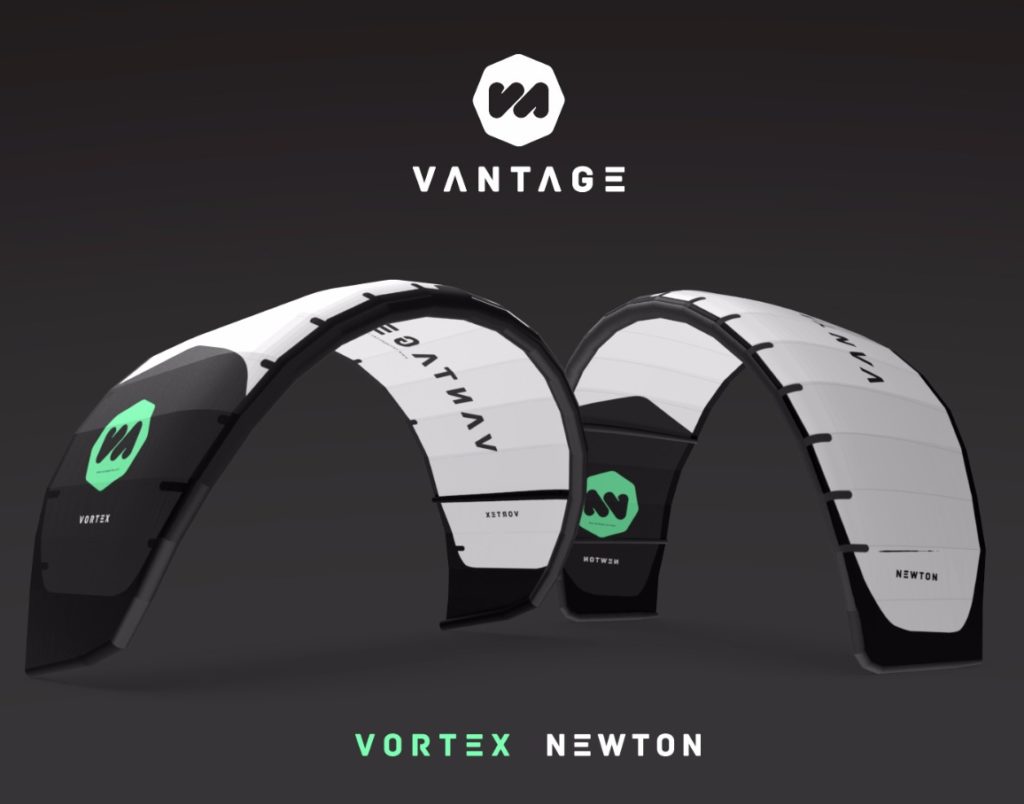 The whole project raised -for us- one question: why? Why trying to be successful while sixty-something other brands trying the same thing? The answer from Robin are coming down to 3 different levels.

3: If we can’t measure or validate prototype performance how to determine the gain?

“Brands mostly differentiate with colours, exclusive materials and pricing but are struggling to validate and substantiate the true performance and characteristics of a kite, currently there is no standard. Its about time the kiteboarding industry adds some science to the mix.” Robin argues.

We could not belief right away that the r&d of a modern sport like kiteboarding isn’t already using software that grows in time. Therefore we hooked up with Alexander Morgenstern co-owner from Harlem Kitesurfing. on the software issue. He says: “The majority of the kite brands are using Surfplan, including us. This software supports the knowledge from a kite designer in the process of building a kite, but is not able to calculate performance factors in the kite which other industries like the car industry can calculate in simulations. And with roughly 10.000 euro’s a year Surfplan isn’t cheap either. So I can understand people are looking for alternatives ways to improve the r&d”.

Calculate the perfect kite. How does it work?

It all starts with measurements in the kites. Like the flow stream and pressure. Then insert those data into a model. The tricky part is getting the model to learn from the mistakes; so called flaws. If it can see relations between specific details in kite designs and flaws it should be able to predict how to create improvements. It doesn’t sound to complicated but it takes a lot of time, prototypes and testing if the theory is working. There is a real chance the kite development is going some where we haven’t seen yet. 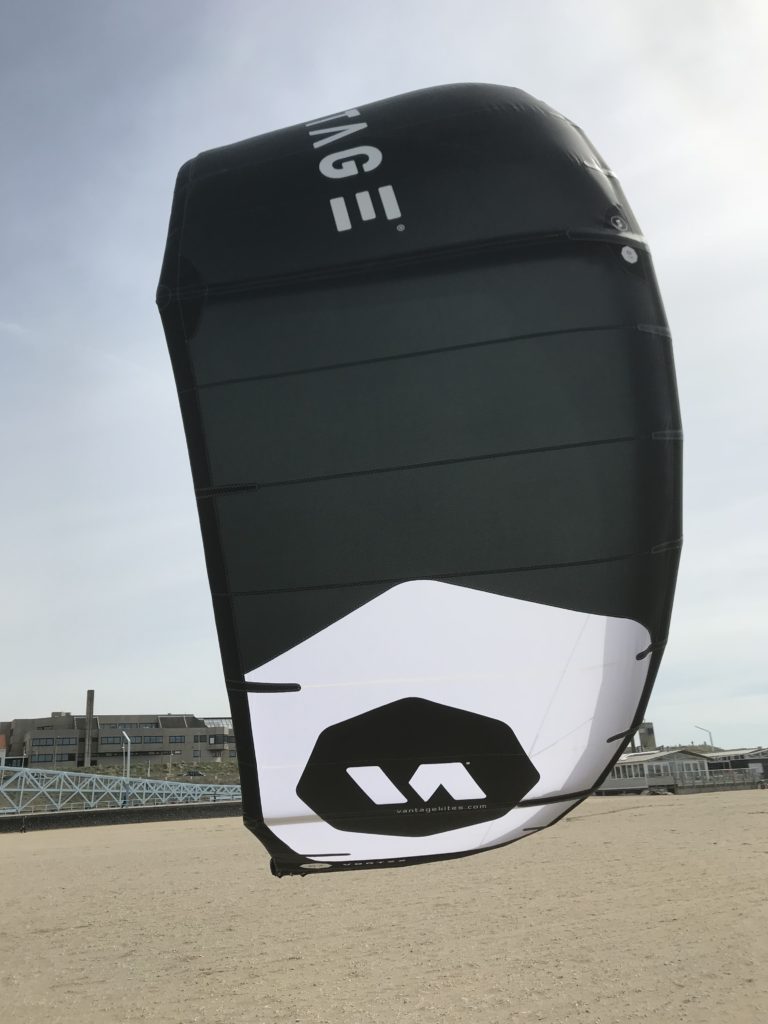 How do we get some proof this new computational approach can work? Vantage second proto was created without any human intervention. It was the first step the simulation model was capable of designing a new kite using a computational design. Interestingly there were some stability issues with this second version. But the model was able to calculate how to change the design for the third prototype to eliminate this specific design flaw. “When we got this third prototype and used it the problem was gone. It was very cool to be able to pin-point an issue and make it disappear”, says Robin the man behind Vantage kites. 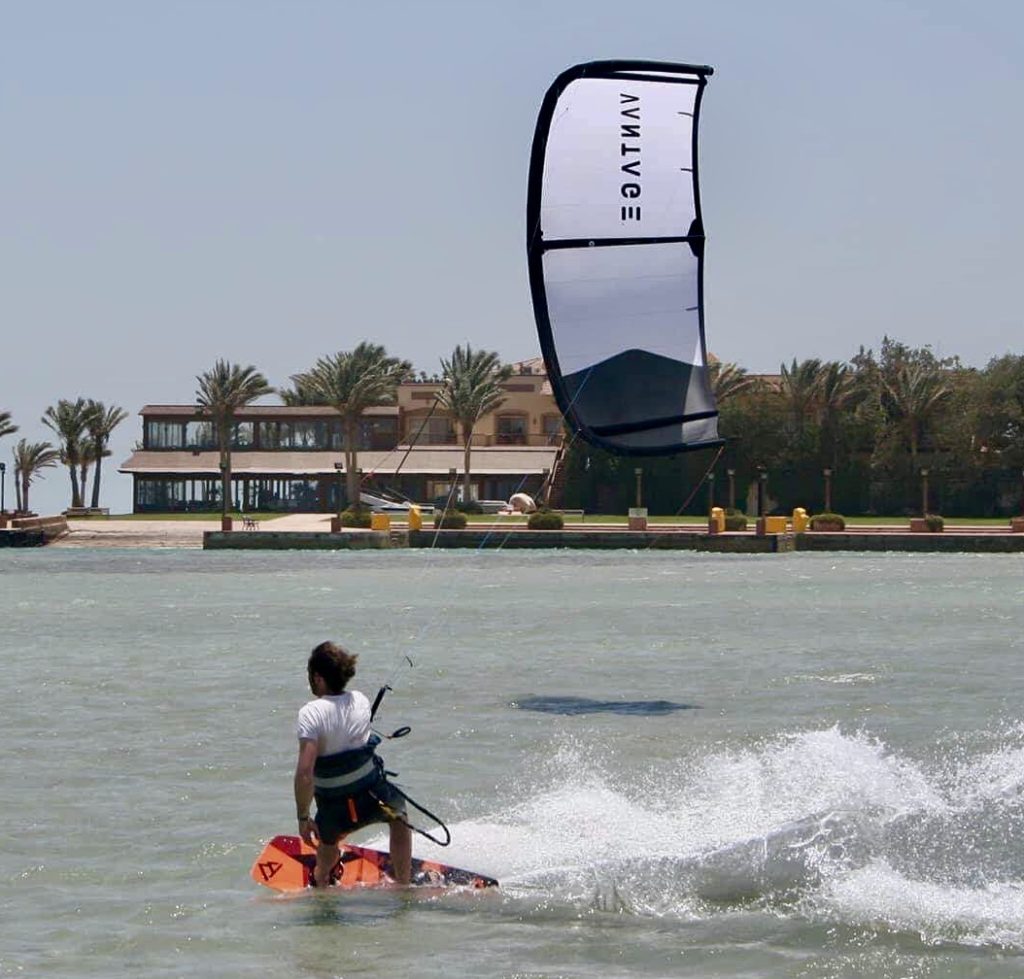 We could use two different 9m Vantage kites for a couple of days. A first prototype of the 5 line c-kite “Newton” and a second prototype of the 4 line bridled “Vortex”. It is impressive to see how far Vantage has gotten in such a short time. But It didn’t help they were on 24m lines and made from T9600 single ripstop. The five line Newton (first prototype!) gave a more warm feeling in the sense we didn’t expect such a proper low end combined with more vivacity than a Vegas. The four line Vortex suffered more from the single ripstop. It needed a stiffer canopy with shorter lines for a more rigid feeling. 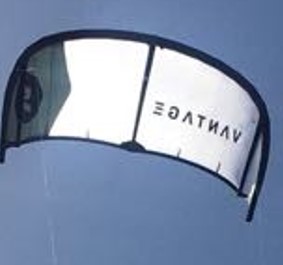 However we are super curious how this project gets its spin offs. As we understand from Robin there are several options and already a few business opportunities have popped up. With more input, more modelling, more people and faster computers the Vantage kites- or whatever name they will get – may pop up with kites that are significantly better. Or maybe another brand that isn’t busy stealing each other names may embrace this interesting Vantage approach and be a true game changer. For the moment we start keeping an eye out for that WOO leader board surprise.

Where to look for the best wind forecasts for free