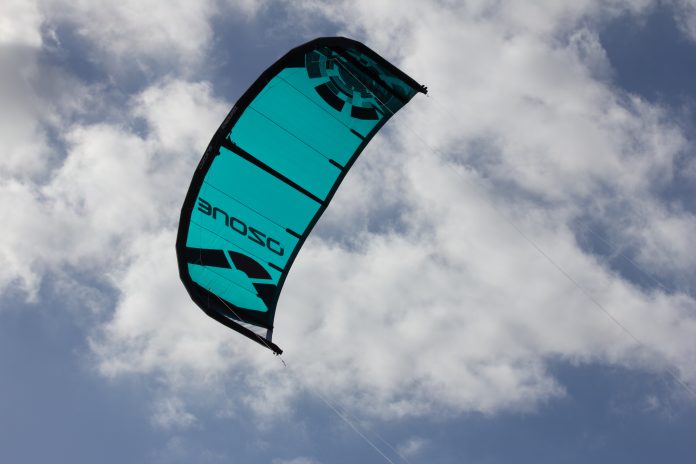 Pick randomly a kiter on a twin tip and 90% chance he or she will love the Ozone Enduro v2. It’s like a Labrador. Quite impossible to hate. A very fit dog anyway. You can rely on it in any circumstance because It is stable, not too radical and not too boring with a good windrange including a clever way to tweak the kites behaviour. We almost could not find anything to complain about. Maybe the lack of changes compared to its previous model v1? Or the 25m lines that normally comes with it? Just make sure you order the bar with 23+2m extensions and almost everybody will be jealous about your lovely pet. 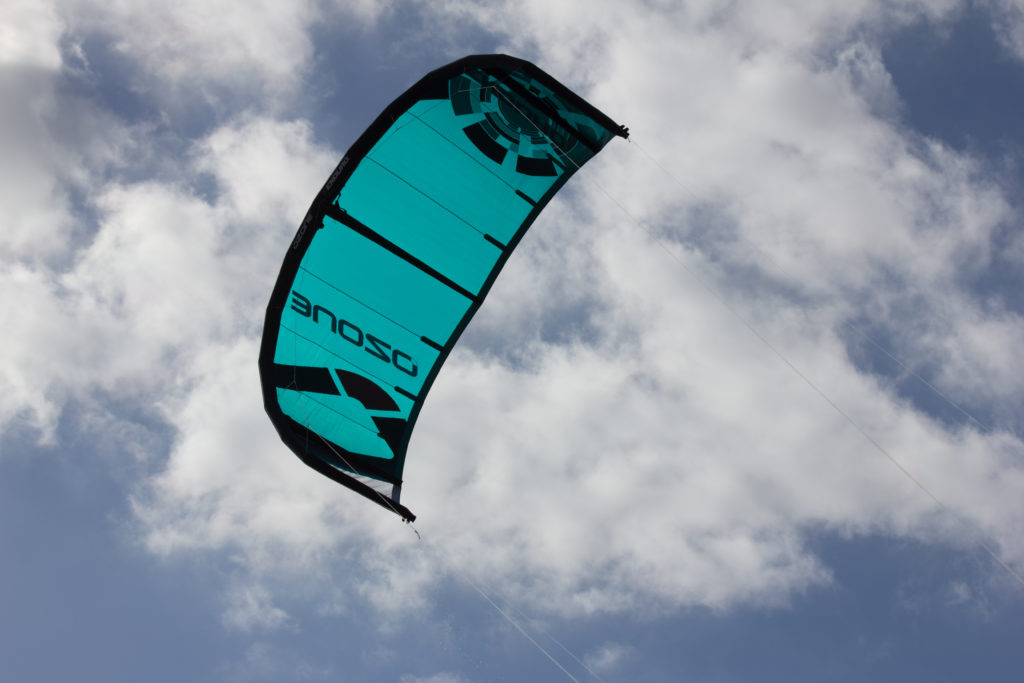 What has changed from v1? Honestly we had to look it up. We did not have an Enduro v1 to compare them back to back, but for sure the differences are small. The Ozone website mentions just something about a new strut construction which changed it now tapered at the tip, which helps to reduce tip bounce. Sounds like a rather minimal change…

Where is the Enduro different? The bar is a bit thicker compared to other brands. Which gives the impression the Enduro has a heavier bar pressure (which is just slightly the case).

2 weeks non stop testing with 6, 8 and 9m Enduro’s, next to a bunch of other 2018 kites. In perfect testing conditions it was the Enduro that was the centre of the attention. It made even others kiters – outside of our testing team- on the beach line up for another session on the Enduro. Why? mainly because it gave a confident feeling. Even in the infamous and gusty Levante (Spain Tarifa) wind it was relatively stable. Where other kites gave much more of a bumpy ride, the Enduro felt much smoother.

Smart part on the Enduro is the additional (in total you can get 9 different settings) personal preferences you can set the kite at. Don’t expect a whole different kite, but it can just be the difference you are looking for.

The 25 meter lines are provided originally by Ozone. These are (one of) the longest we know and although the Enduro V2 (just as the v1 version) is quick enough to prevent slow and boring behaviour. We would rather advice to get the option with 23+2m extensions. The 25 meter is really a benefit to get some good power on the lower wind spectrum. And since the Enduro also lets go of too much power by itself it isn’t the windrange we worry about having just 25 meter lines. 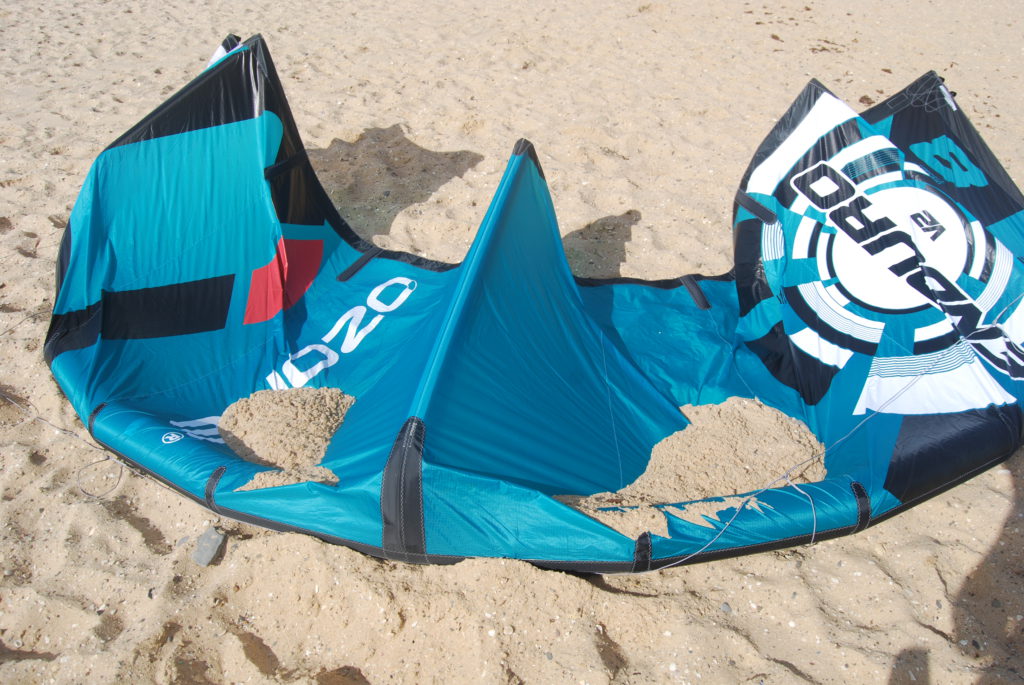 When throwing around the kite aggressively by the more experienced riders, we missed out on some direct and snappy feed back. So that is why we decided to change the bar to a bar with just 22m lines. 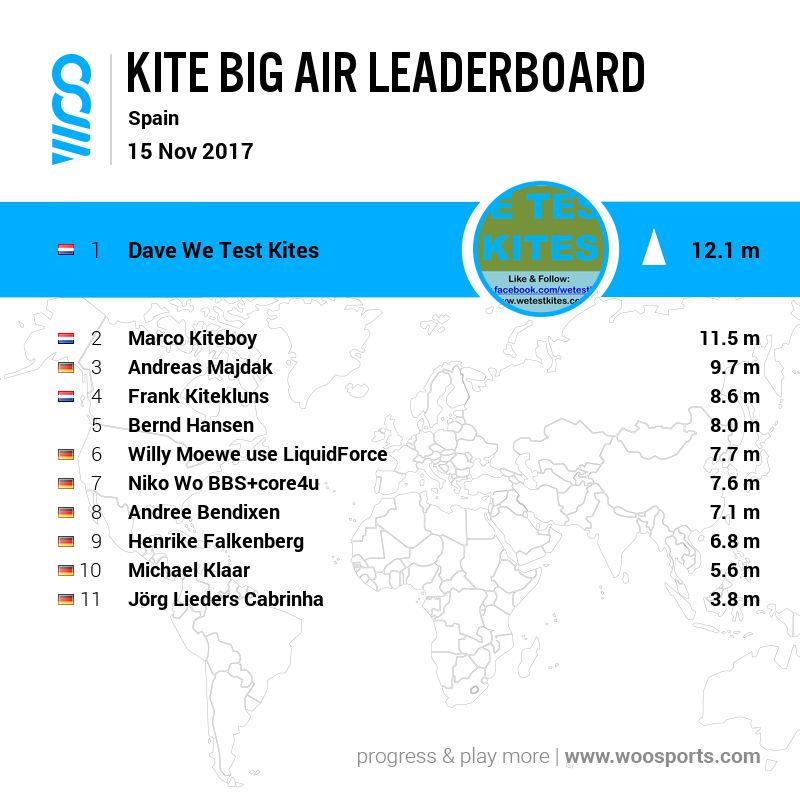 Using it with the 25 meters lines we got a Spanish daily record. But on the 22 meters we liked the Enduro a lot more. Kite loops and snappy pops made it much more fun and much more attractive to get the most out of the stronger winds. In the end if you really want to get into the leader board game you rather get (the much more expensive) Edge (or a Rebel or a XR5). But just as most people don’t want a dog that is just good at one particular thing, we would advice just to get the whole package and go for a kite, like the Enduro, that brings you that exactly. 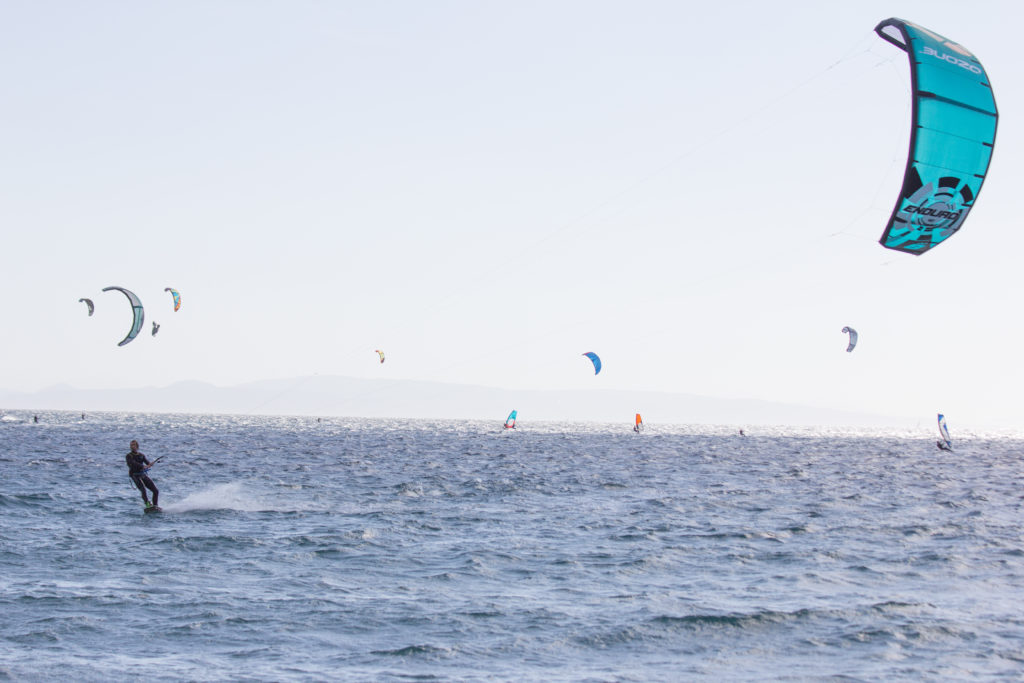