A frequent reaction when we were testing the latest Best kites: “Do they still exist?”. So yes, they do. Best is still around. But in a humble way. Like how they once started in 2003. Trying to sell good kites for a low price online. The latest Roca (v3) and TS (v8) are far from innovative and rely on proven concepts.  One thing that certainly has been achieved is that the prices -below 1000 Euro for a 9m- have become very attractive again.

The historie of Best is a fascinating one. Big ups and even bigger downs. Basically it went silent around 2017 just after trying to become the big boy within the kite industry in 2013. Acquiring champs like Youri Zoon, Gisela Pulido and even Ruben Lenten as “new partners in crime‘.

A spokesman from Best (also working at Best around that time) – explains what happened. “We had a lot of money and time spent on trials. Lawsuits with Asian producers on quality issues for example. Meanwhile some organisations tried to sell ‘Best’ kites by skipping the official distribution channels. Which ment spending even more time and effort to stop that by again going to court. But we are back. Like many other brands we just sell kites online. Which saves a lot of money. We do have one shop in Tarifa. Also the place to get our test kites. And have a look on our custom designed twin tips.”

To become friends with the Roca isn’t difficult. If you are a beginner to intermediate rider you will like its predictable power build up. Nice and easy and with a relatively good wind range. Similar to most all-round kites it comes with a broad range of power no matter where you hold the bar. Beginners will be happy to always know at what angle the kite is without looking at it. And it doesn’t come anywhere near the bulky power full feeling -like a Slingshot Rally for example – and is more responsive compared to other all-round kites. Experienced riders will miss a defined sweet spot to do some more explosive work. And they will also notice there is just one setting for the lines on the Roca.

We had a bunch of test kites back to back with the Roca and one thing that clearly stood out from the others is that it turns very easily in a small circle around its axis. Which means less big air boosting. But good for riding waves with it. Quite a compliment for the Roca is that it rides -a noch sweeter and a little bit less power full- quite similar to a Duotone Neo. But for 500 euro’s less. 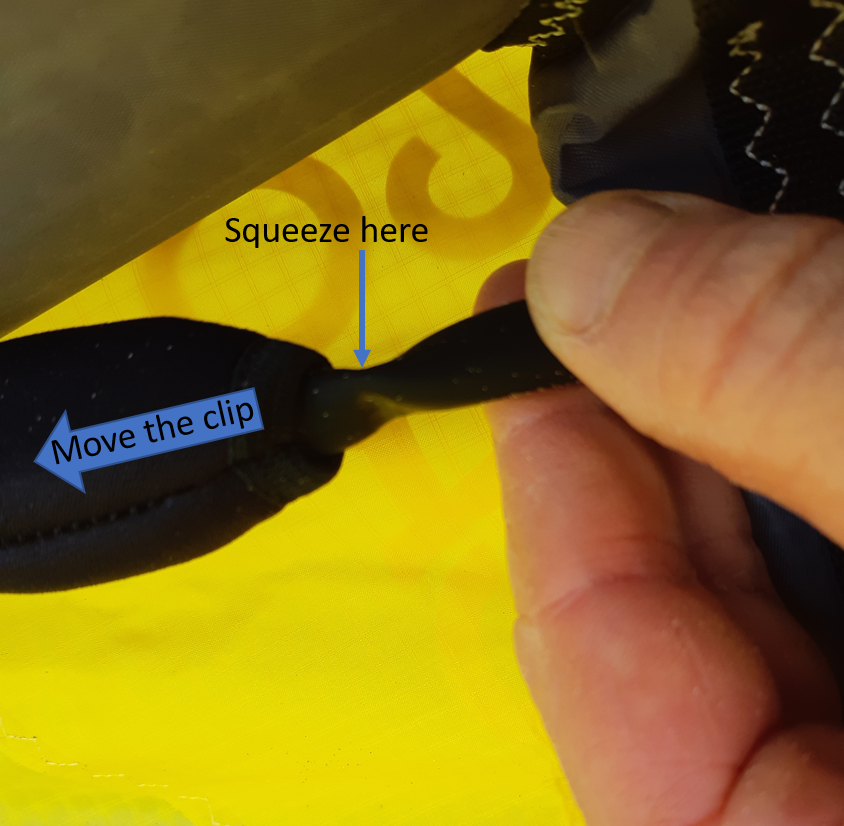 We do have a tip on the one-pump hoses: we didn’t get the struts inflated the first time we used it. Turns out the black clips block the hoses. In our case all three connections on the brand new kite were blocked. Solve it by shifting the complete clip a few cm up or down and try to squeeze the hose open to get the air in.

Although the TS went from 5 to 3 struts it didn’t loose its typical character. Loved primarily by more experienced and/or stronger persons. It needs quite some wind though to show what its made for. The TS has a mind of it’s own. Every now and than you ask yourself where it is and just after that moment the epicness starts. A lot of sudden power to create that raw accelerating feeling.

Your job is to control the beast. And if done so it will be very rewarding. Mega loops? Be prepared for a big bang because its turning circle is bigger than most other 3-strut kites. Like a RPM or a GTS its perfect match is kind of a niche. But when conditions are perfect for the TS 9m it can be an incredible rewarding session. And with less wind a freestyle session on flat water is also a good match.

If your technique and strength is good enough you even might come close to a WOO achievement from Gijs Wassenaar in 2015. But aiming for that -or a kite that does it all- should certainly not be the reason to get the TS. It would be for it’s affordable g-force excitement.

What about the ‘state of the art’ status of the Best gear in 2021? Of course there is no ‘SLS’ or ‘Aluula‘ material to be found in the kites. But with triple rip stop from Teijin it is right where most of the 2021 kites are.

The bar however – does reveal some old fashion details. It isn’t about the bar being quite rough on your hands (like the one from Airush) or that it cannot be adjusted in width (who uses that anyway?). Neither on the fact it may be the only brand that has lower prices as 6 years ago.

But what isn’t state of the art is the rather thick safety line running up for a long way (about 6m). That isn’t a current industry standard ‘single line flag out’. More importantly it is annoying while preparing the lines and it causes unnecessary drag. A bit the same for the donkey dick; a cm too long which may be pushed backward by your belly.

This can cause the chicken loop to pop out of your harness hook when starting a kite. Minor issues on a bar that will last at least just as long as any other bar.

Money wise you will not regret buying any Best product. Most people on the second hand market will know Best. Which means you will not lose much money on it. A lot of yougsters will love the challenging TS. Any one starting out kiting and aiming to become a wave rider on a directional will have a perfect match with the Roca.

All prices stated are the ‘reduced’ one. As their seem to be an all-time 25% sale on all kites and bars.