Are you wondering if it’s time to step into the waveboard action? You are not the only one. Wave riding while on a kite has always been attractive for those coming from a surfing background. Another attraction lately is coming from the spectacular action from the strapless freestyle competition . What if you are in doubt and want to give it a try as well?

Learning new stuff is great fun but a new waveboard is easily above 800 euro. A cheaper ways to get going is buying one from the Decathlon for half the price. At first sight the board doesn’t stand out in a negative way. But its plastic flexible fins with soft edges do give away it isn’t made to win a wave or freestyle contest.

Choosing which waveboard to buy from Decathlon is easy. There is only one. One size (5’4) and one colour. With almost 28 liters the Ora is quite a ” fatty”. A nice size for an newbie around 70/80kg’s but on the big side for a kid who wants to try it.

The Ora is very well priced and is possibly the cheapest directional around but it will be delivered without straps. Just like most other boards. It is advisable to get some straps though. Since it will help you control the board a lot more easy in bouncy conditions. Another advice is to get some surf wax for the wood looking middle part (Wax is available at Decathlon and the 20 euro straps are found in the windsurf department ). It is way too slippery to do any transition without it. Obviously a board leash is not included either.

Something we don’t think is wise anyway in most cases. Mostly for safety reasons . When crashing the board can hit you pretty gnarly due to use of a leash. If the conditions ask for it (like rocks or big current) or you are just stubborn enough to use one: wear a helmet! Speaking of crashes. The fins are made from quite flexible material. They even have some sort of plastic protection on the edges. This will make life a whole lot less dramatic when you hit them. It is far more unlikely you damage your wetsuit or even your body when you hit those fins compared to others.

Riding a wave board properly is not our expertise. The We Test Kite members asked some experts in this field to have a go with it and try to imagine they were beginners on a board without straps. This is what they came back with:

” On a straight line the Orao feels pretty light (although it isn’t particular a key feature, rather the opposite). The board lacks some grip and end speed though. This probably is to blame on the flexible fins and the shape of the -relative blunt- rail. The wide tail helps keeping the board going in the lulls. At higher speeds the board isn’t as easy to control as it is on lower speeds. 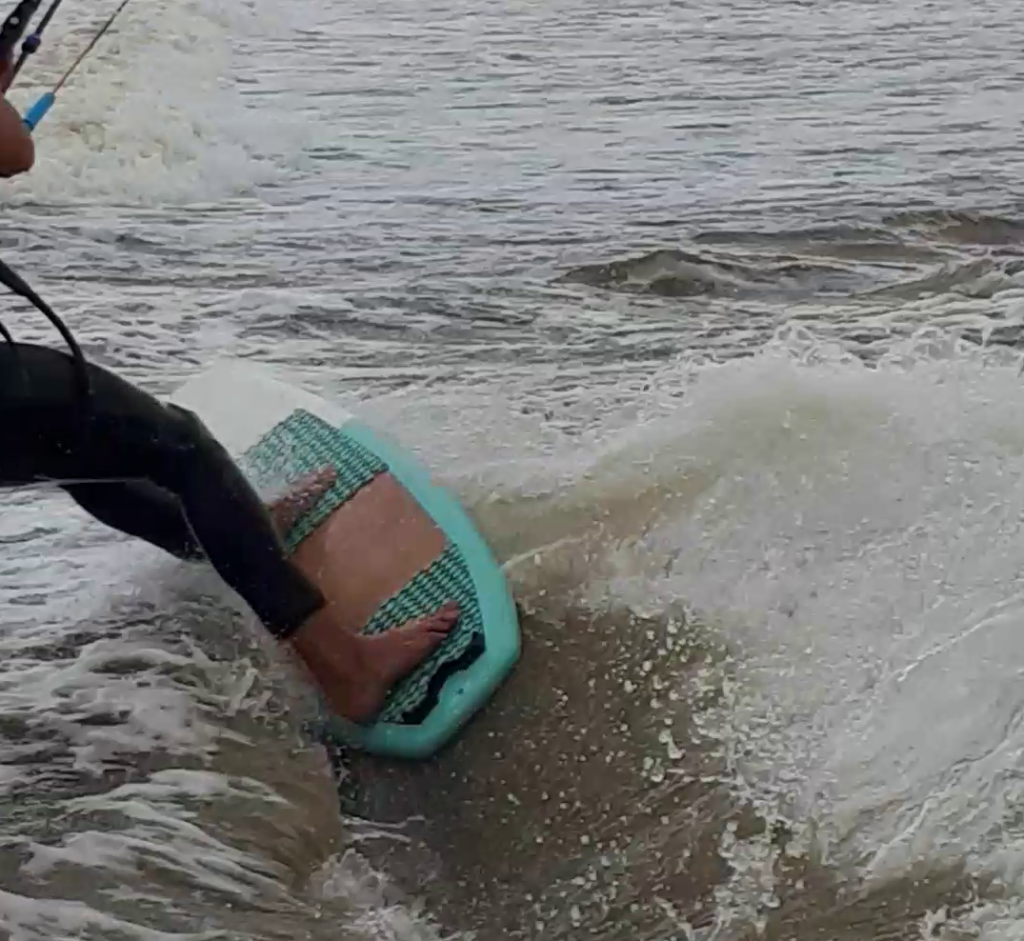 Going upwind isn’t as good as it would be with stiffer fins. But the big tail does keep the power steady when aiming for the right angle upwind.

At the waves the Orao is really stable at its bottom turn but it isn’t made for a high speed snappy turn. It feels like a fish in the water turning at less steep area’s. The release on the backhand is a bit limited due to the shape of the rail but doing a floater is no problem at all. The board is quite slippery but if you wax it properly that will be no issue anymore. Replace the soft FCS fins with some descent honeycomb ones and the intermediate wave rider which isn’t really hammering it hard or looking for the pocket should be more than fine on this very well priced board.” 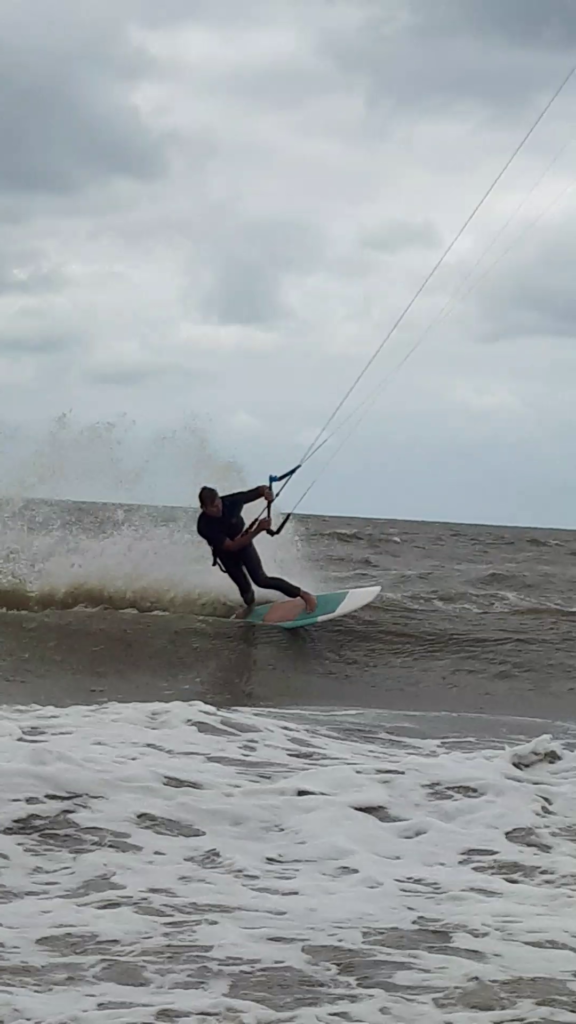