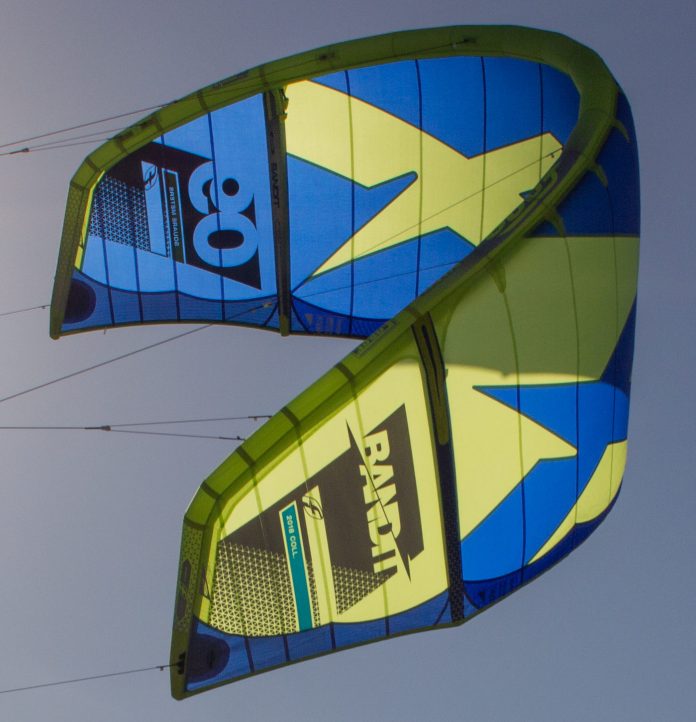 F-one has shuffled its kite line up slightly. Now that there is a proper freestyle C-kite born, the latest Bandit can ease down a bit and focus fully on the less extreme side of kiteboarding. It is more friendly, gives a better indication where your kite is and has a bit more bar pressure. And with -finally- a new, but questionable, wide inflate we discovered how much the 11th version of the  Bandit has shifted towards a kite which is even better for a beginner than previous versions.

The marketing department of F-one isn’t afraid to state some daring wordings. Of course almost every brand brags about their product (how many times did we read about game changers?). And F-one is no different. What are they trying to say by “Starting from a blank sheet of paper is what you do when you have nothing worth keeping!” ? The Bandit is not completely redesigned, so it looks like this is aimed at other brands? One thing is quite clear, we dare to say on our blank sheet of paper: the introduction of a wide inflate and a single flag out safety took some time at F-one. They did not set the pace nor are they the benchmark for other major brands. 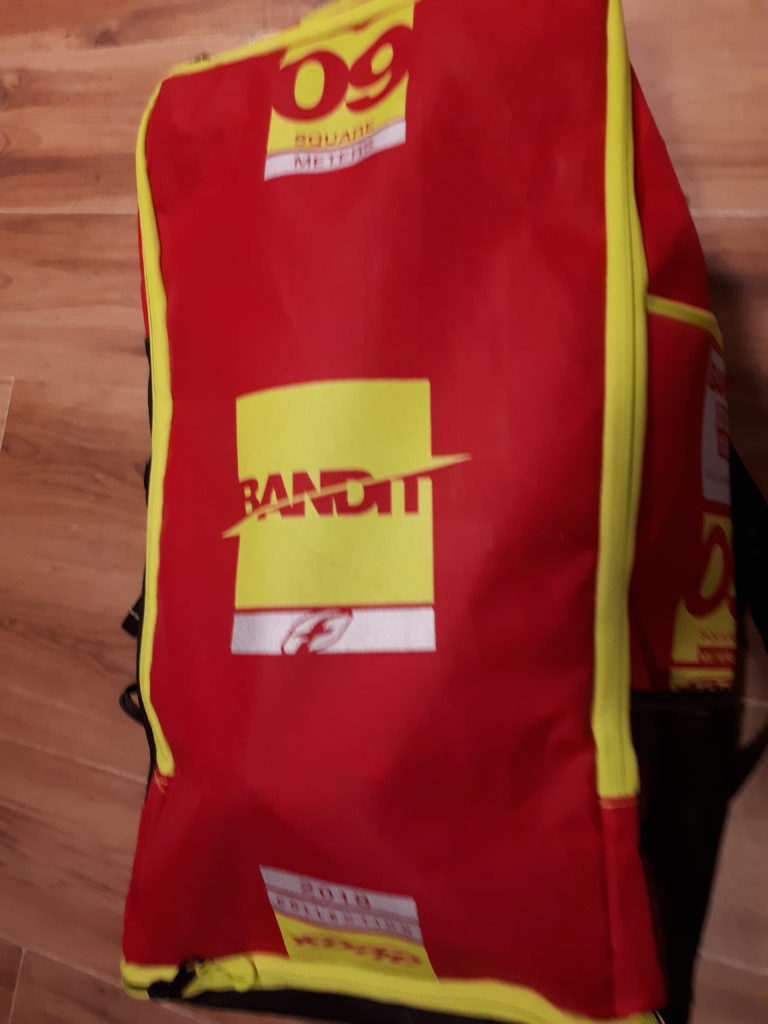 If you put things into perspective F-one isn’t a brand that just copies the ideas of other brands. In some cases it waits and see if new innovations from other brands properly work. For example the safety release switch from a Velcro to a push away safety system only was done after other major brands successfully did so. And when the French designers think they need to incorporate it in their line up, they will come with their specific ideas on those inventions themselves. Most of them are just a tiny bit different, but sometimes with a bigger effect as you may expect.

As always the F-one bar for the Bandit has a split (“Y”) of the front lines at an unique distance at about 4m from the bar. Most other brands have the split as close to the bar as it can get. In theory it means that you cannot use other bars on the Bandit (read more on the effects of a different split on your front lines here). The good news is that this Linx bar can be adjusted to be set at a low split. Which means it can be used on most other brands. It is also the first edition with a single line flag out and a manual swivel below the bar, which is quite a lot safer as previous editions (and something which is incorporated at other brands a long time ago). Too bad F-one forgot to change the damaging wheels on the pulleys of the bridles.

The new bar can be set at two different widths. This isn’t new in the industry. By far; some brands have an adjustable bar close to 4 years already. But the way it is adjustable at the new Linx bar is different from any other brand. It uses some sort of an curved insert to create either +4 or -4 cm on each side which in total gets the bar a 8 cm difference on each setting. 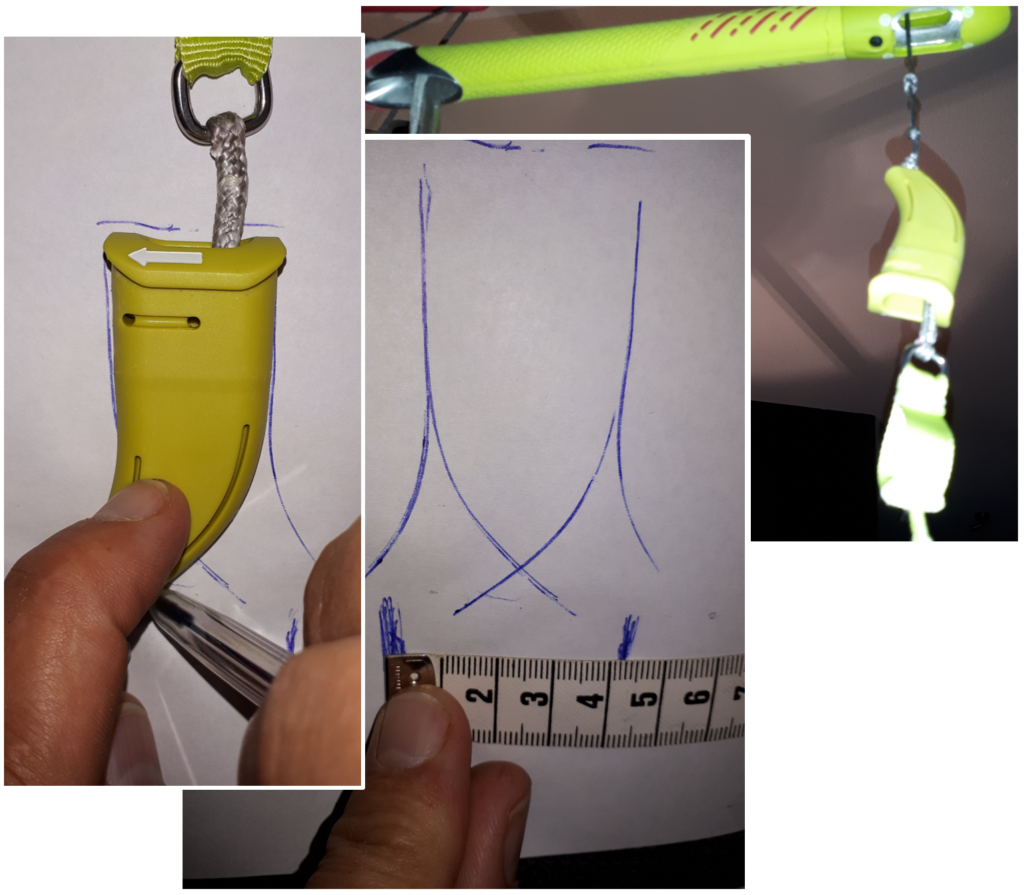 The typical F-one approach doen’t stop here. For example the twin tips have fins which only fit on a F-one board and the helical rails on the twin tips are also uniquely found on F-one boards. The same can (almost) be said about the wide inflate. F-one is the last brand to switch to a large inflate. They decided to incorporate the Reactor valve. A rare on, which we only know from Flysurfer’s Stoke. We understand a bit why, but we still think it is a bit of a mistake. The Reactor valve is one that needs an specific pump extension. An extension that nobody-except Flysurfer- has on its pump. The valve itself doesn’t stick out of the leading edge, which is probably the most important reason F-one choose for it. Of course there is a hose included in the package. But it is a bit like buying a new car with just one key. At some point you will be on a beach without the proper hose…

Where did the battens go? Nobody explained, but we suspect leaving out the battens means loosing weight (as it now is just as light as an Airush Union or an Ozone Enduro and about 20% lighter as a North Dice (which has 6 battens).On the water the Bandit is really sweet and predictable. Its low weight contributes to its low end performance. Its high end is pretty much unlimited, but this is where things changed a bit. The canopy will start shaking sooner as previous versions. In a fully powered kiteloop it will really be out of its comfort zone. It will let you know so by making a sound that is comparable to a helicopter. 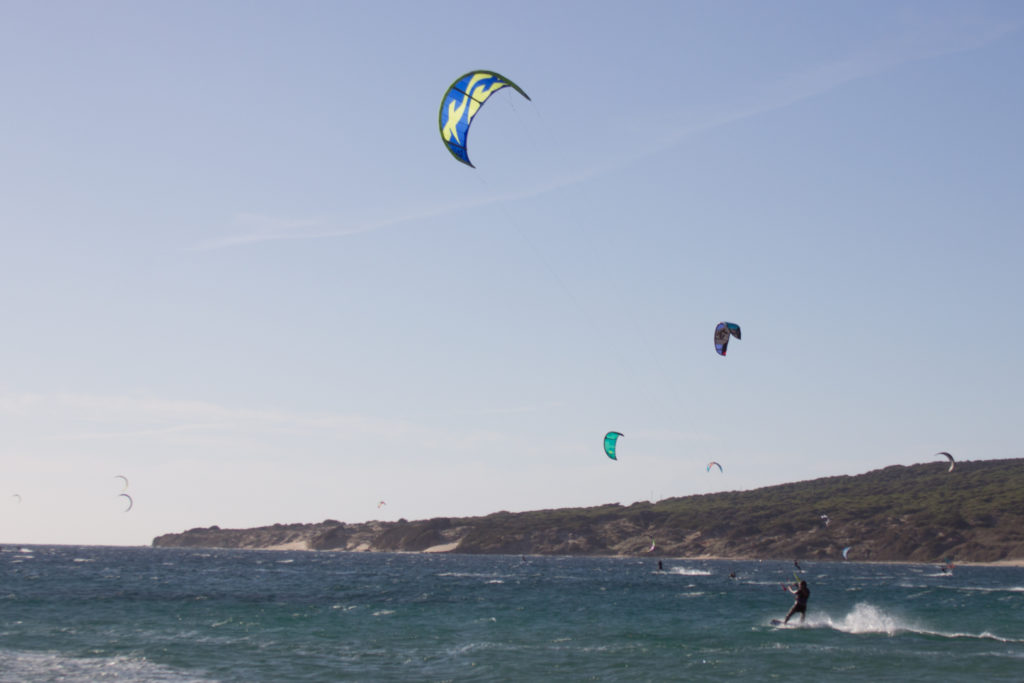 But what we love about the Bandit is that it is fast in its feed back and still got that typical snappy power release, which isn’t directly a beginners kite feature (and completely different from -for example- a Slingshot Rally, which is more suited for the more heavy and/or insecure novice). Combined with the (slightly) increased bar pressure it feels quite like an extension of your arms. The power comes so natural and so predictable that it is actually something that makes people feel comfortable doing new stuff. Adding the effect of some sort of a maximum pull it will add even more of that being-in-control feeling. Downside of these features is a lack of high end performance. The small chicken loop and the missing slack on the lines means unhooked freestyle sessions can be a disappointment for the experts in this field. But they don’t have to worry to much. Because that is exactly where the new F-one WTF kite comes into place.