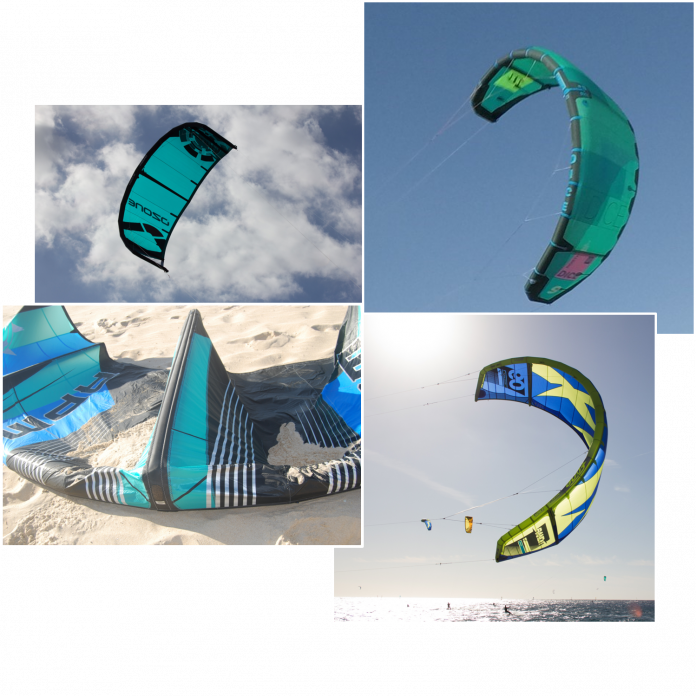 Will 2018 bring some game changing kites? We were lucky enough to get our hands on four 2018 A-brand kites. We tested the 9 meters of the F-one Bandit 11th version, the Ozone Enduro V2, the North Dice 2018 and the Slingshot RPM 2018. We put them on the menu of our test team on a sunny and -more important- windy place, with varying conditions.

Before we make some individual reports, we wanted you to get some insight how those 4 kites vary in taste. 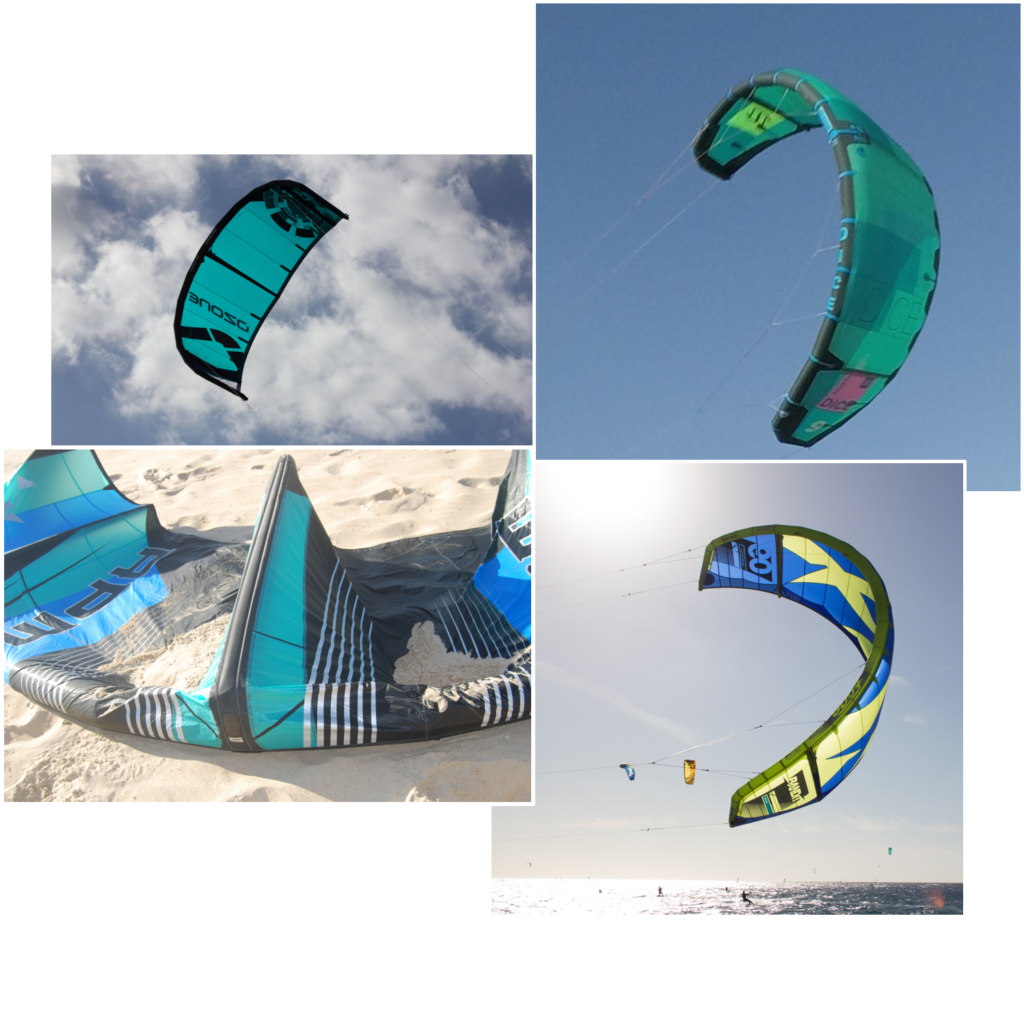 Roughly an impressive 6 out of 10 kiters will be most happy with the Ozone Enduro V2 out of these four kites. It has the most predictable power feed back combined with a smooth power build up. Don’t tell anybody upfront it got long (25m) lines and they probably don’t feel much of it. Main plus is the feeling being always 100% in control, combined with still a surprising amount of liveliness. Logically our (only) disappointment of the well build Enduro is the lack of extensions on the (noticeable thicker) 25m bar. It could have been so easy to make it 23+2m extensions. More experienced kiters looking for that extra spark would have enjoyed the Enduro to its full extend with those 23m lines. If the Enduro would be a menu it would be the one you make for a blind date. Sophisticated and impressive enough to get some compliments but simple and not over the top.

The North Dice, already fully tested, kick our asses most out of the four different kites. It needs some experience to like the

restlessness power feed back combined with the low bar pressure. It is a kite that would have gotten a couple of “flames warning” if it would have been on the menu in an Asian restaurant. Clearly less comfortable compared to the Enduro, especially in gusty winds. But giving it the right input at the right moment it will reward you almost with a C-like pop and performance, while still being able to de-power better than its C shaped big brother Vegas when needed.

F-one has putten down some remarkable marketing words on the 11th version of the Bandit. But lets forget about the confusing (and maybe blaming) blank sheet of paper statement. Fact is that the 2018 Bandit is the last kite with a large inflate, an one line flag out safety, a manual swivel below the bar and adjusting bar width. Can we arrest the bandit if F-one state to be a benchmark from which others follow?

We rather focus on reality. The reality on the newest Bandit is it lost weight and stiffness. The four battens are removed from the trailing edge, which where present in the previous version. Of course more things are changed. It resulted in a kite that is one with you all the time. Like an extension of your arms. But the Bandit is completely the opposite of a wake style kite. With zero slack on the lines. Perfect for entry to semi-advanced kiters. But don’t give it in the hands of Aaron Hadlow. Edge and pop aggressively with a lot of power and it will beg not to be so cruel. Our guess is that the new WTF freestyle kite now covers the “C-part” performance of the Bandit. The Bandit XI is a french fry menu. Every body will eat it, but it will never be haute cuisine. And its lacking salt.

We rode the RPM 2018 9m kite just by coincidence, since we stumble on it while testing the other 3 kites. It was by far the kite with the most slack on the lines. Good for wake- and freestyle but less attractive outside those areas. It just isn’t a kite to be thrown around. That is on the bridle setting how we got it. Since there is another setting possible we have to give this three strutted kite another chance in a follow up. Interesting detail is the disbelieve kites will benefit from multi layer kite cloth. So this 2018 kite is still made of Techno Force T6900 single layer The kite didn’t feel any lighter in our set up, though. If you choose for this kite. You gotta know why and preferably test it if you are in doubt. Compare it with having sushi for dinner; it’s quite a specific meal. If you don’t eat fish it will be a disappointment. But also a sushi can be tweaked to make it interesting for non-fish eaters. So who knows how the other bridle set up will work out.