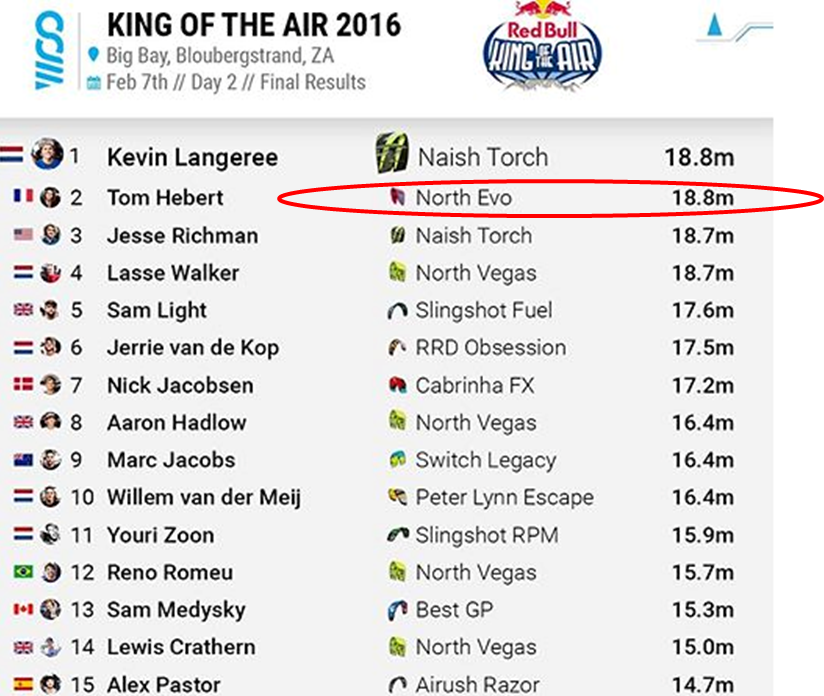 The Evo is like a good friend; gently and always there for you due to it’s huge windrange. But the Evo is much more than that. On the King of the Air 2016 in Cape Town Tom Herbert made not only the highest jump with a North Evo 2016, but also one of the longest (18.8m/9.4 sec) of the contest.

It is a very mellow kite which could for some people be the best North kite. For example the ones that like to do old school tricks with board-offs and dead mans. It can be a good choice for many kiters who are looking for something a bit more alive than a Rebel. Less suitable for freestyle though, although North does claims it to be a freeride/freestyle kite. 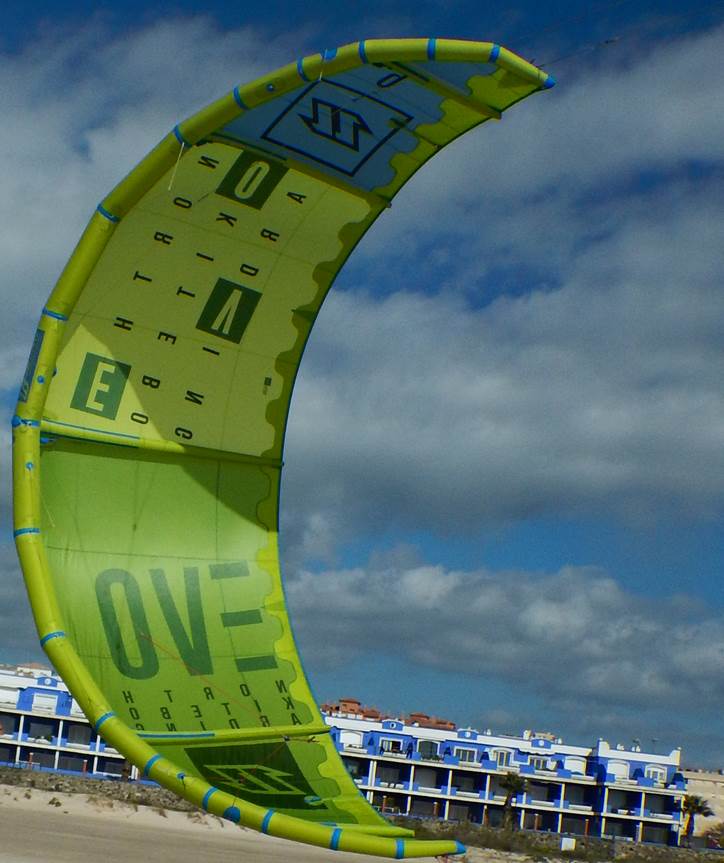 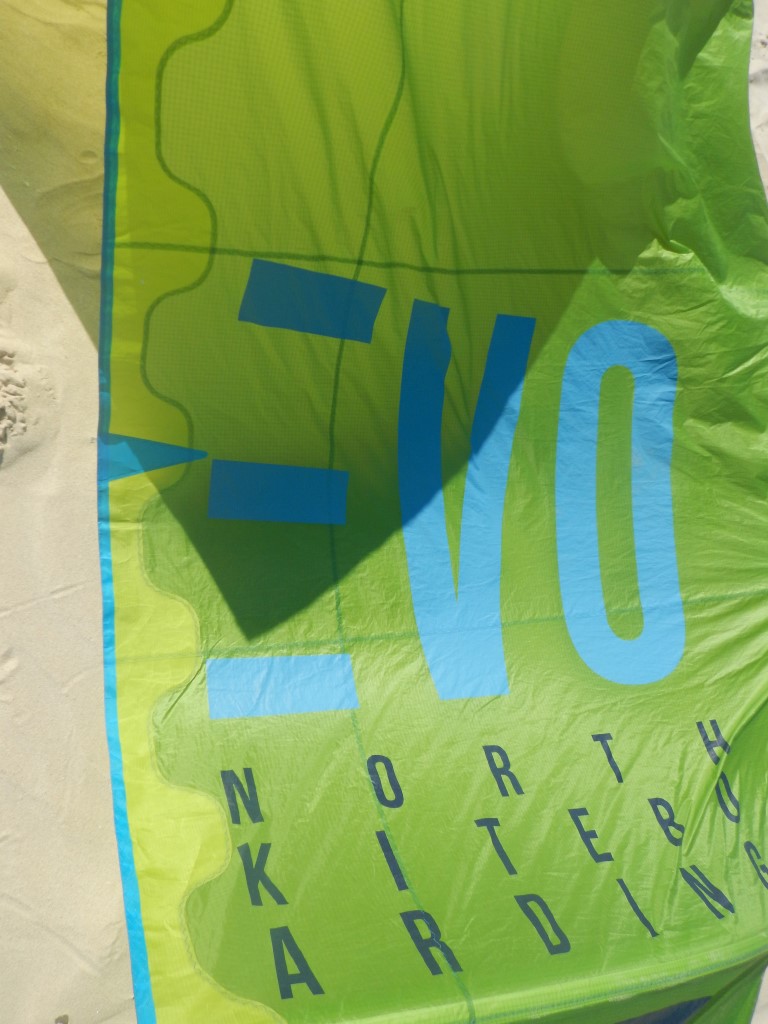 good reason for it; it has a huge wind range, a relatively easy, predictable pull and is good for making huge jumps. The Evo sits in the North family in between his big brother the Rebel, which has more hang time than an Evo and it’s quick and responsive but less forgiving sister: the Dice. In other words an Evo is more alive than a Rebel but less of a on- off kite than a Dice.

The Evo finds it counter partner in -for example-the Cabrinha Switchblade, both with 5 struts and similar aims. But they are not completely the same. The Evo has two pulleys (the ones without moving wheels, like we prefer) on each bridle though, while the Switchblade comes without any.

Like all other North kites the advised pressure is 6psi, which is a bit too low. Just like the Dice the Evo can be flown with either 4 or 5 lines. The steering lines can be set in 3 positions and It comes with a wide inflate. The inflate is enforced in 2016, since the 2015 version had some weaknesses. It still isn’t our favourite, simply because there are better ones (for example from Cabrinha).

We tested the Evo, 9 meter, on a open ocean with medium waves in a very steady 22 knots wind. We used a four line Quad bar with 22m lines. 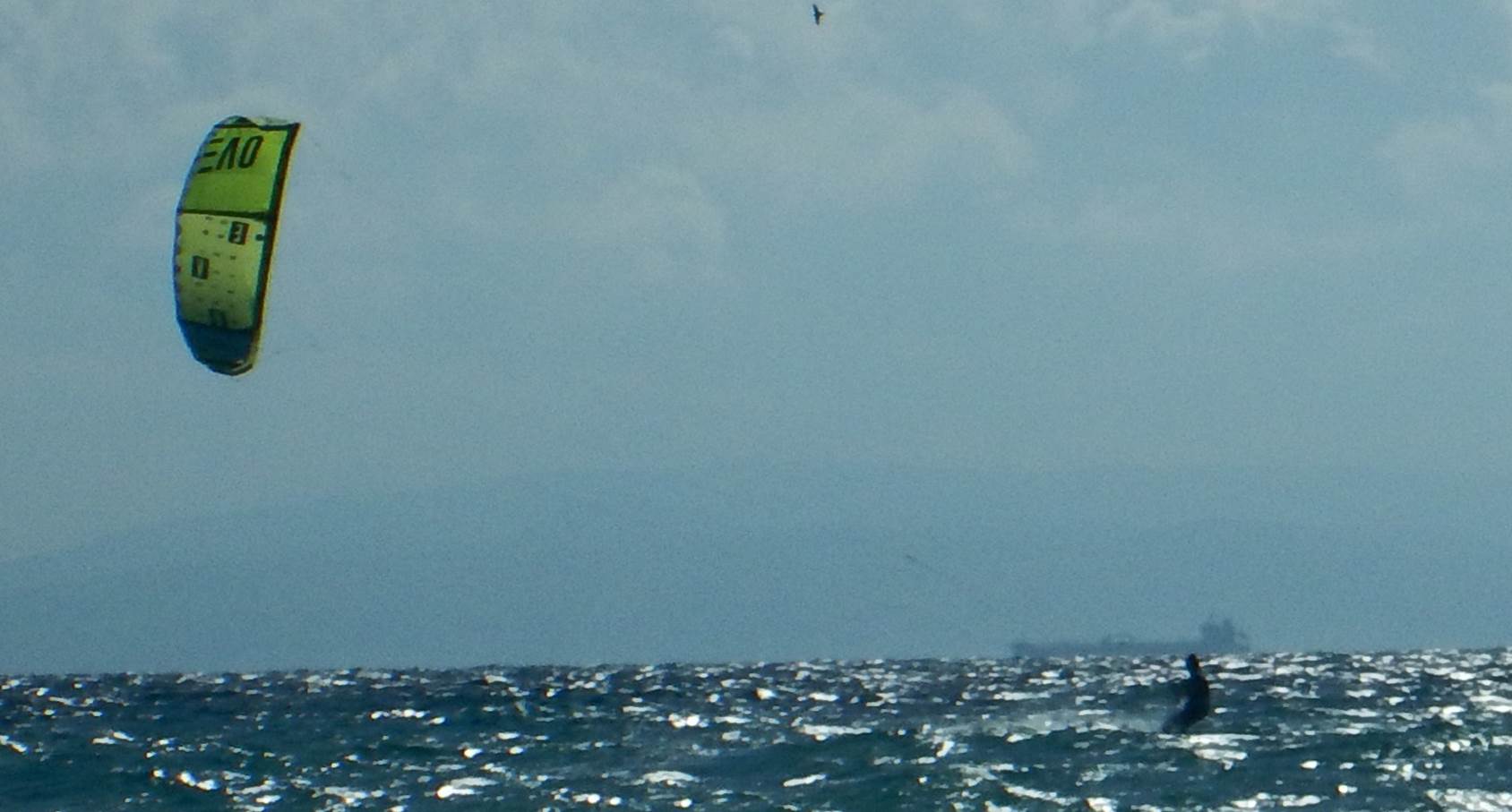 It flies easily and is one of the easiest kites we know to get more or less power out of it. The lowend of the Evo is just brilliant.

There is just one aspect which is less attractive: its vagueness. Ask someone on a Dice or a Vegas to close his eyes and he will be able to tell you where the kite is and in which angle. Somebody on a Evo will struggle much more to tell you those details.

The Evo can make a kite loop, but in contrast for example with a F-one Bandit which makes a short, snappy kite loop, the force from the Evo comes gradually during the loop. It feels a bit like the Evo isn’t designed for extreme, brutal kite loops. The same goes for freestyle. The pop out of the Evo is way to sweet and gradual for freestyle or wakestyle. It won’t punish you like a C-kite but it neither will give the proper aggressiveness when unhooking and powering it up for a move. 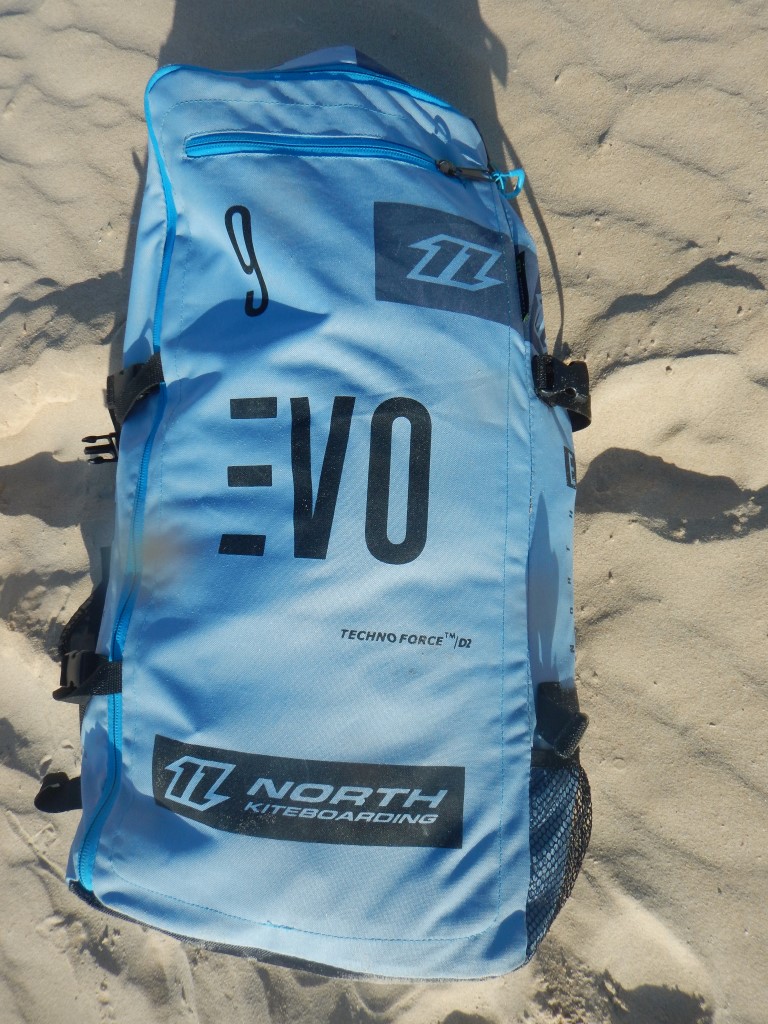