What a feeling to deliberately abuse and demolish half a dozen brand new harnesses. For a good cause though; make kiting another step safer. Did you ever realise a harness hook can fail? Or that a spreader bar is getting the shape like it is made for some one with a huge belly? We thought of it being a serious issue late 2019 when we read people got into some nasty situations due to broken or bent hooks. It got our attention even more when we started tracking the numbers. Over 70 people all over the world reported broken or seriously bent hooks or spreader bars. And those are just fairly new ones -mostly 2019 versions-. The matter -particularly for the kiters that are either heavy and/or ride in stormy conditions- calls for an independent investigation. These are the eye opening unique -but above all- independent results.

It took us quite a bit of effort to understand what is -and isn’t- already being done to develop and evaluate the quality of a harness. It was weeks after finishing our test we got the information a static test is going to be overruled in the near future by a dynamic -and much more realistic- one. We also left in the dark by the harness producers if a temporary elongation is something good or bad. Neither one of them told us a number on what they believe is the maximum real-life load force.

So the one uttermost important result is that we put up a mirror to the industry. The explanation from some brands it could be due to ‘an incidental bad produced harness out of the thousands we produce’ is really not something we want to hear. Overdimensioning and safety margins is evident for such an critical part as a harness hook.

In order of importance our results;

None of the hooks broke off their spreader as we had seen in many cases in real life. We -and the kite industry- are not doing it completely right. If that is hard to understand please read the post on the method. We are assuming that a super high static load can tell us something on the strength of a hook while it’s real load maybe lower but at a much higher (thousands probably) number. We also assume bending is a bad thing. Maybe we are way off but let the industry come up with thorough and clear explanations. In the future we may end up with numbers visible stated at each product on strength. Like we now start to get on kite lines. Probably on the long run even based on an ISO standard. But hopefully the industry is mature enough not to wait for that.

Manera is the clear winner of our test. Most likely it is not because they use special materials but probably get its positive results in our test due to a relative short hook. More details can be found at the end of this article.

An reassuring result -although it has nothing to do with the strength of a harness- is that the Duotone (previously known as “North”) Iron Heart did not flinch. Not even once out of the roughly hundred times we used it to pull on each harness up to 600 kg it failed on us (while the demands in the ISO 21853:2019 standard on release systems is to withstand only up to 240 Kg).

What we did wasn’t much different from what brands have been doing when they test the strength of their harness hooks or spreaders. The industry standard is -roughly- just a static pulling force. We used a four stage test program. By altering the pulling angle in different ways. from straight forward, slightly upward by pulling on only the lower positioned part of the clips, on the lower clips but with the pulling angle side ways (to simulate a kite being upwards and side ways) and with the spreader only connected to one clip. The full test description is available in a separate article.

Details on the test results

Harnesses in the test: 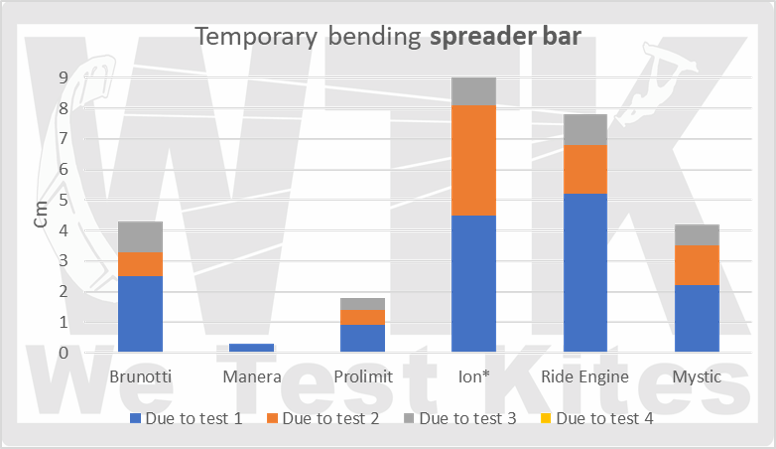 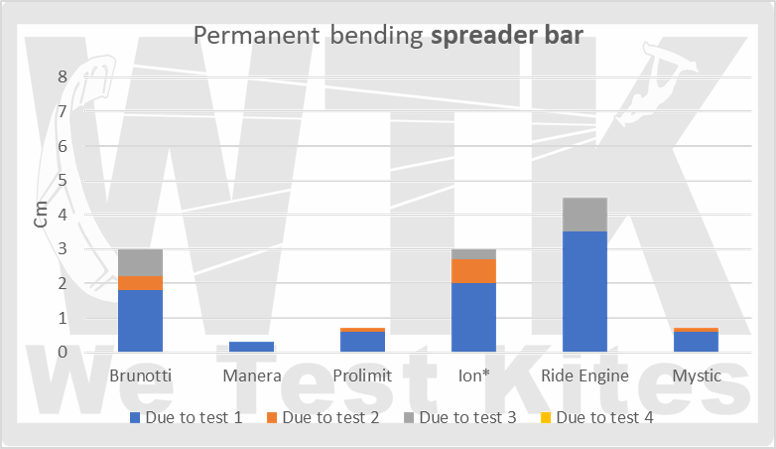 Temporary elongation hook on all tests 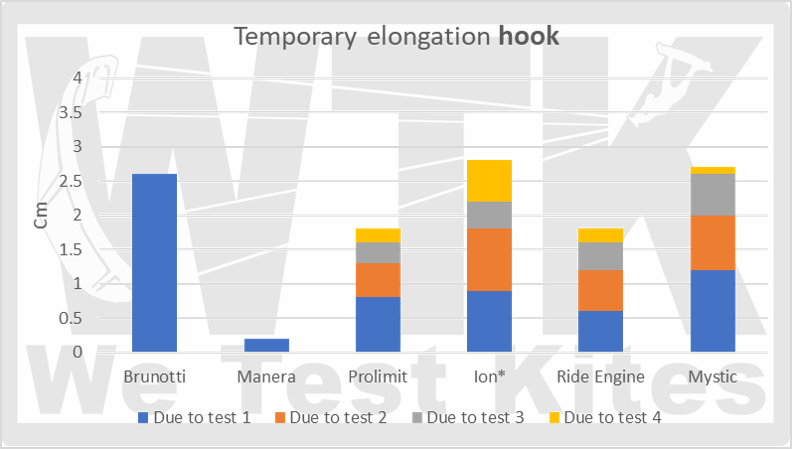 Permanent elongation hook on all tests 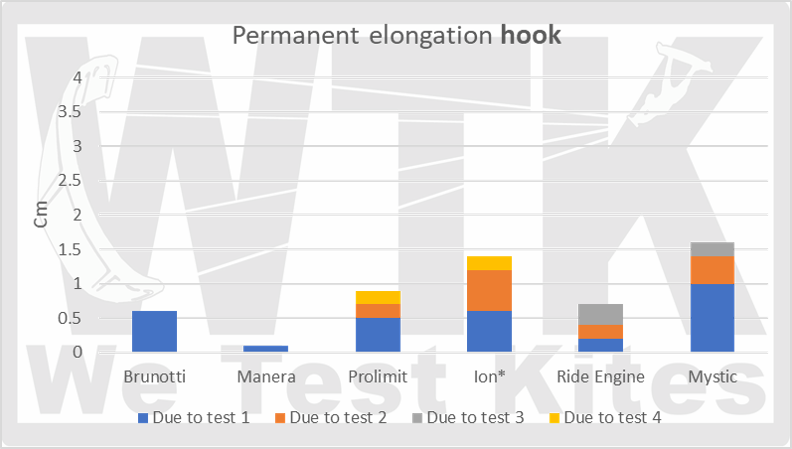 *The Ion spreader broke in test one around 575 Kg. The clips broke at test stage 3 and 4 both at around 550 kg (therefor three different Ion hooks have been used).

Pictures of the hooks and clips after all tests

Harness stress test – how we did it