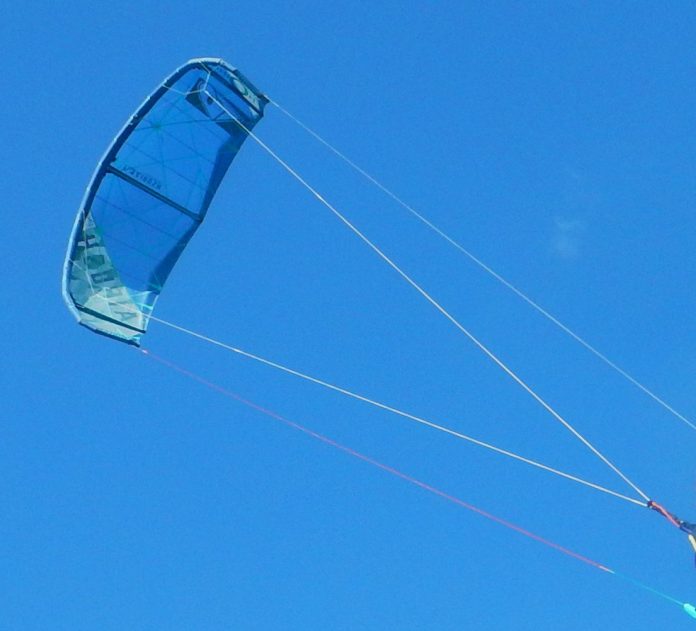 If the Union was a dog it would be a Shepherd. It listens unbeatable secure to your input and combines it with a incredible fast reaction. Interesting is the Airush invention of the Dyneema Load Frame. It is used again in the third version of the Union. Which means Airush is convinced it is the answer to its competitors triple and even quadruple wired canopy. Is this a strong answer? And will the Shepherd show its teeth when needed?

We have a very nice recall on our test almost 2 years ago on the Union V1. The possibilities to adjust the Union to the conditions or personal preferences is very interesting and probably will be adapted to more and more kites in the future. By changing the setup of the bridles at the leading edge and the (3m) extension on the lines on or off makes the kite so much more versatile. The test team had a common enjoyable and good kiting experience on the Union while learning which set up suited best. Which made most of us wanting to own the Union ourselves. 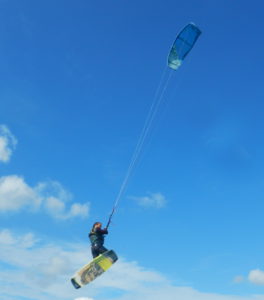 As we understood the V2 wasn’t different to that of the V1, but the V3 (if it is a 2017 or 2018 model is not clear) has been “re-designed from the bottom up…more lift and hangtime when going for Big Air, along with quicker and more responsive steering.”

Most details on the Union are as you may expect from a grown up brand like Airush. A “Boston” wide inflate, clean and universal way for suicide mode, down the bar swivel, single line total flag out and well protected depowerlines. The Union is also a fraction lighter (we weigh all the kites). Most 9 meter kites are just over 3 kilos but the Union is about 10% under it. It might be due to the fact it hasn’t got any battens in the canopy, while most of the comparable kites (like the FX and Dice) have 4 or even 6 battens to support the canopy.

Almost all brands have switched from the universal (and inferior) small inflate to about 4 different wide inflate connections. The one Airush is using (“Boston inflate”) is a pretty common one. Without getting into details on which system is better or worse, we would like to send a message to the industry: get one universal system. Less plastic (one pump should fits all) means a cleaner environment, which is protecting our own playground.

Similar to the previous versions we are happy to see the V2 Core bar has extensions so you can adjust your kite to some extend to the conditions. Sadly the Airush website doesn’t provide you the details on them. The lines itself partly mention some answers, but still it is kind of confusing. We did some measurements; 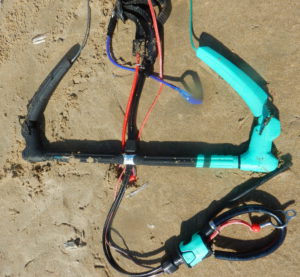 With all lines attached (which is 10M+9m+3m extensions+ longer bridles than average) compared to a 22m North bar you get 1.5m more length (23.5m total). Good for low end, less good for mega loops. When removing those extensions you get 20.5m.

The Union is not an extreme beast. Rather the opposite. It combines a superb stability with the most reactive properties a stable kite can have. If you get it to stay poot, for example at 12 o’clock, it will wait (just like a Shepherd) completely still exactly where you set it. Eagerly waiting for the command to immediately run off at your command. It is almost like the Union has it tongue hanging out of his mouth, like that of an eager dog from enthousiasme. It is a very trust full feeling which advanced riders and wave riders will appreciate in particularly. On top of that we loved -again- the fact the line extensions (on or off) gave us a much wider wind range than kites with just one length. In doubt about which length to use? We preferred on average the longer line set up (extensions on). The Union is fast enough to still get a fun and responsive feeling in this setup.

The Shepherd doen’t really show any aggression when going for an freestyle move. Unhooking, especially in under powered situations, it tends to back stall suddenly. This is the Union major Achilles heel. Just like a Bandit or Dice the Union tends to stall when powering up too much the back lines on light conditions. With the Union it just happens much more suddenly and abrupt compared to other kites. It happened more on the wider setting of the bridles, which made us prefer (by far) the inner settings.

Does the Dyneema Load Frame have a noticeable direct effect on the performance? Our idea is that it will help to support a longer and better canopy on the long run. But we think we have noticed an effect from the Dyneema load Frame on the performance. The Union has a quite particular power buildup. It can be best compared to that of having a second lift while jumping. Usually this (only) happens when you get an extra gust of wind while hanging in the air. The Union sort of always have a late or second pull. It is something to get used to, especially when going for a (mega) kite loop. The power peak, roughly half second later as other kites, can get you surprised.