Massive, deep multiple channels, surprising big rocker, extremely wide: made to shred some kickers and sliders. This, in combination with the stylish wooden colours of the Livewire with the leather looking Reefer boots,  got us exited to test it. We got the Livewire Reefer 140cm 2016 for a couple of days to get an impression what this wakestyle twin tip is like on the water.

Airush has about eight different twin tips in its 2016 line up. From the description on the Airush website it is clear the Livewire is made for high end (ab)use; a wakestyle machine which can handle the abuse of rails and kickers. The 140cm is the third out of four sizes. In Europe It -just the board- comes at a relatively well priced amount of around 560,- Euro, which isn’t too bad if you compare it to some similar wake style boards (like a North Gambler which is 739,- Euro).

The board is fitted with boots (or foot straps) plugs in a straight line. For a wakestyle board it is not uncommon to put them in one line (like again at the North Gambler) instead of having them at the tips more to the heel side. But this means not all boots will have as much (angle) positions or some pads will not fit at all. Of course this is not a problem for the Airush boots or straps. For that matter it seems that all 2016 twin tips of Airush are fitted with the same straight line pads&straps fittings (which is less common, like North has just two out of its eight twin tips pad fittings in a straight line). A funny side effect is that this means all Airush twin tips can be used at both sides. Handy? We can’t really come up with a reason, except maybe when there are any damages to one side.

The Livewire Reefer (and also the Livewire Team twin tip) have a high number of deep, super radical channels (concaves) which Airush calls progressive dual rocker. We have rarely seen it so extremely deep in the board. The very stiff and solid fins are made from  G-10 fins, similar as the ones at for example- the Clash. The vulnerable and bendy plastic F-one fins are a laugh compared to these – or actually all- fins.

It looks like Airush has invested more time in the looks than getting the right sizes. When we got the boots we were already told to try at least one size bigger (EU size 44 instead of our usual 43), but that turned out to small either. So we headed out with a EU size two sizes bigger than normally. The boots where brand new and we had been told that it would take a few sessions before the boots would feel as they should. Unfortunately the Reefer boots still felt too small and we had to stop testing it. 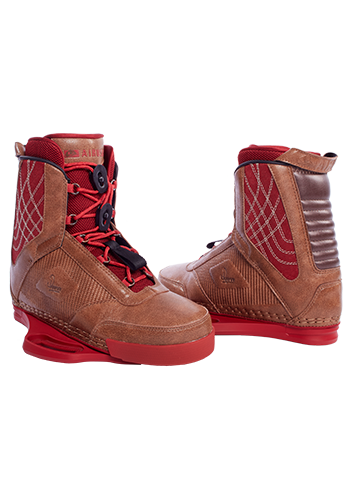 The only thing we can say about the boots, next to take them at least one, but probably two or more sizes bigger, is that they are on the radical side of the spectrum and very firm. We used at the same time the Humanoid Howl 2014 (which we put on the Livewire for further testing) and the Ronix Frank boots (2015). Those two boots are clearly softer.

We tested the board with 25 – 28 knots with choppy to small waves the first time. The second time around was in  gusty 18-25 with super choppy conditions. We could use the Livewire back to back with the F-one Acid 2016 (with straps), Clash 138 2015 and the Clash 137 2016 (both on boots). The Livewire feels even wider than the indication (42cm) suggest. It also has -for a wakestyle board- an surprising rocker (rocker is the curve of the board) and is bigger than the other boards. We would have been happy (with just below 80kg) with one size smaller. Especially without boots we would recommend an rider up to 80kg to go for a size smaller(138cm). The 140 did help us to go through the huge wind holes in the gusty conditions.

The super radical deep looking channels (or concaves) are less pronounced in the feel. Yes it does help when getting the most out of an aggressive pop, but when cruising around it doesn’t give the board a different feel to the other boards. What did felt 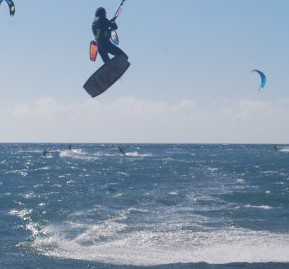 completely different was the way it handles choppy waters. It sort of rolls over them and requires an active riding style to overcome it. It works, but it is quite different than the carving-through-chop Clash or the super comfortable, soft and absorbing F-one Acid.

The big rocker of the Livewire really is a relief when coming down from a jump. Wake- and freestyle boards are generally not known for their comfort, but -certainly for this extreme wakestyle board- landings are so nicely absorbed by the rocker that you don’t need to worry about that part.

To be honest the Livewire would fit (better) in a proper wakestyle test with some rails and kickers. In Tarifa (Spain) the local Airush shop of former worldchampion Alex Pastor is more than willing to help you out, if you think about testing the Livewire. Ideally young kids would push several of these wakestyle boards to the limit on durability. We just haven’t got the experience, age nor the acces to some kickers, so we can’t tell on our own how it would perform in these abusive conditions.