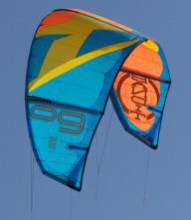 A brilliant and visionary move back in 2008, when F-one decided to reduce its kite range back -more or less- to only one type of kite; The Bandit. It is safe to say the Bandit made a lot of kiters really happy, no matter if they where doing freeriding, freestyle or even waveriding. An impressive achievement. Whatever we will have to say about the Bandit everybody, including us, will be happy riding a Bandit. But is the ninth version still revolutionary? We could test five different sizes of the 2016 version for over one month to answer that, and many more, question.

We see the F-one Bandit as one of the inventors of the -more and more popular- all in one kite. A kite that can be used without almost any compromise for freeride, freestyle and wave riding. Where most brands have at least three or more different lines of kites (North for example even has seven different types of kites), F-one believes in focus on more or less just one; the Bandit (next to the Trust and the Diablo, a race kite). Marketing wise this is kind of tricky. A marketing theory is that if you have less options the chance you will buy at this company decreases.

With a kite with such a broad spectrum of possibilities it is easier for you to try new moves or even other disciplines. For example take the Ozone Edge; it will probably give you the best airtime ever, but is not likely to push you to do your first kite loop, your first unhook trick, to do a Jesus walk or to go out and catch a wave on your surfboard. The Bandit will.

Let´s starts with the positive aspects of the Bandit nine: It is a wonderful toy which responds quick and intuitive. Nobody really needs to gets used to it. No matter how little experience you may have.The bar pressure is just about right and if you think it is a bit too soft set back the steering lines on the tip of the kite. Its most outstanding point is its remarkable high end performance. You can easily hold the Bandit 2 sizes up from other brands and still have that controlled feeling. Pushing the bar just a little bit away will relieve you from a lot of pressure. It is really a superb on-off kite. The load to a pop is moderate and is easy to achieve since the kite doesn’t need much effort or dedication. However when you have used a C-kite before you may find the pop from the Bandit a bit soft and not radical enough.

Looping, or learning to loop, is super fun. The Bandit can make super snappy kite loops. Try them in

moderate winds and learn it. When you are better at it you will advance quickly with the Bandit to still do those loops way overpowered. The canopy will shake and let you know you did something radical, but that has been with the Bandit for a time now. Need to worry about it? Not really. Just make sure you check your battens every now and then. Since we know

a lot of the seven and eight versions broke or even lost them from its little pocket.

A bit disappointing is the low end. The sweet spot of the Bandit lies in its higher range. Another fall back is the follow up of the industry last steps in innovation: No large inflate and no detwistable depower line (the swiffel wont do its work and doesn’t turn by it self, just like most others). It also misses out a stopper ball on the fly, a length adjustable depower system or a length adjustable bar. Just to point out a few things we do see at a lot of other brands. We also are aware of the fact the bridles get severely damaged by the wheels in the pulleys after roughly a year and a half. Unnecessary (North for example uses pulleys without moving parts) and very annoying because this is bound to happen in the middle of a perfect session…

We didn’t test te Bandit with a directional waveboard. But our guess is it (still) works perfectly riding waves. Especially when you like to throw the kite around at each bottom turn, you will benefit from the Bandit quick, light and easy responsiveness.

Compared to other kites

We tested the Bandit while using the North Dice (2016), The Carbinha Switchblade (2016), the Bandit 8th edition and the Airush Union (2016). From most kites we had several sizes. 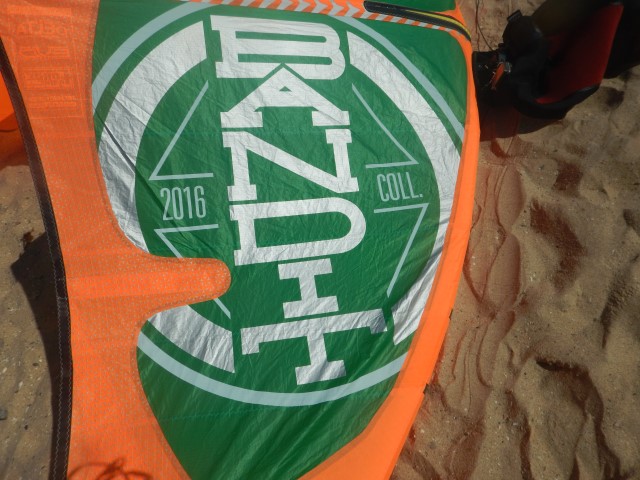 The Switchblade, Union and Dice have a better low end than the Bandit. The Bandit can be thrown around the easiest, but it also feels the softest (the Union comes close). Especially the Switchblade and the Dice feel far more firm. Air time is a clear win for the Switchblade. However the Bandit still can be found among the highest jumps in the Woo leader board, which is highly due to the fact it can be used insanely overpowered. This is where the Dice is used at least one size smaller. For freestyle the Dice is clearly more suitable than the other kites we used. It just has more aggression in its responses. The Bandit has -as before- nine different colour options. Way more than any of the other kites.

The bar and lines on the ninth version are almost identical to that of last year. The lines are usually 21.8m long, but be aware F-one calls this setup “24m” because they add 2 meters for the bridles (which is a bit unusual). There are now options to get 2 meters or even 4 meters less versions, resulting in 19.8 or even 17.8 (!) lines (which is new for 2016). Something which is not explained on the F-one Brochure or hard to find in other reviews. We know from our experiences in testing that a few meters more or less can affect the feel of a kite completely. If you are not sure we would suggest to buy the 24m version (so with steering lines labelled “21.8m”). For our test the 2016 bar wasn’t available yet, so we used the 2015 bar with the 21.8m setup. The colour of the bar for 2016 is also a bit different from 2015.

We also noticed in the brochure of 2016 that he top of the depower line on the 2016 bar is fitted with some sort of line guide made of metal (F-one calls this a pulley) instead of the metal ring. This should overcome the most common wear out of the depower line, which lasted just about 6 tot 12 months.

From our line comparing test we know F-one uses lines coming from the French factory Cousin Trestec. They are one of the lesser strong ones out there. And we must say that we have seen on more than one occasion 2 or even 4 lines snapped due to a gnarly gust of the punishing Levante wind in Tarifa.

The bar itself is made out of aluminium and it has proven that it is strong enough, but it hasn’t much features as other brands have (like adjustable bar sizes or stopper ball etc.). It does come with a nice plastic protection system around the depower rope. The (upper) ends of the bar are quite sharp and unprotected and could potentially damage your surfboard. It also has no single line safety (the bar cannot go higher than the split point). This is more or less a discussion between our preferences and that of some readers (who don’t like the enormous spaghetti mess you will get after a release with a single line safety system). We do prefer a so called single line safety flag out, The main reason we prefer this over a double line safety (like F-one has) is because it will release all its pressure and won’t be dependent of the distance from the bar to the split point. The split point is quite high at the F-one bar. So probably in 99% of all releases will give the intended pressure relief, but we just worry about that 1%.