What on earth could be the reason to start a new Kite brand? With over 70 (yes, seventy!)  kite brands already out there, there needs to be a good one. 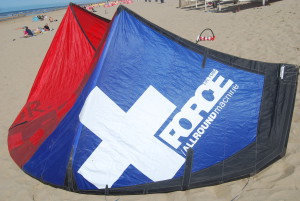 So what is the reason Dr. Tuba has launched from 2015 on a new kite brand Force Kites. One thing is clear, the experience in kite constructing . From bladder repair, numerous repair kits, complete kite repair services until imprinted customized logo’s right on your kite, it is al there. Dr. Tuba has built up a huge number of retailers (mainly in Europe) over the past ten years. In about every country with kite spots in Europe the repair kits are easy to get.

The Force kites are well described, on the dr. Tuba website. Both on quality of the build as on the performance characteristics. When we look at it the kites they indeed look to be of good quality. 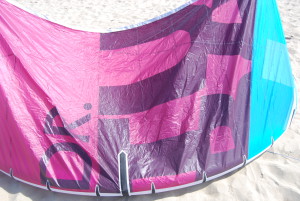 An example are the added aramid protection on the LE. The Force kites also come with subtle details which some larger kite brands are  even missing out on. For example a large inflate, bridles without moving parts (no wheels) and the possibility to reset the bridle and  at different points at the leading Edge.

As for the aim of the kites it is clear it should cover all disciplines; versatile all-around performer, suitable for a wide range of riders and styles. But looking at some details we think the aim is less wide. The fact the kite just has 2 struts says already a lot. It even can be found in the description on the Dr. Tuba website; The Force Kite is lighter, great for travellers and have better low end power. So this kite is clearly meant for the lighter and the more friendlier conditions. When asked by email to the designer, it is acknowledged the kite is not for high winds. Due to great low end this kite is made for light to moderate conditions (you can’t have everything) as we also wrote that and to use a size smaller kite than you  normally would.

We know a few kites with just 2 struts (for example the Naish Ride). However the similarity stops there. The shape of the Force and the Ride are not alike. The Force kite has a much higher aspect ratio (the ratio of the width to the length of the kite), as the Naish Ride is much longer with a lower aspect ratio . The Naish ride has a couple of battens in the canopy connected on the leading edge to support the shape of the kite which the Force kite hasn’t got at all.

On the bar and lines we can be short; it is the one from Epic (which can be seen on the stopper ball). It is a pretty good bar with exceptional thick lines (see also the reaction from Dr. Tuba below the review). Again quality which suits the Tuba kite. Two small things we don’t like from this bar are the depower/power system (straps) and the stopper ball on the fly, which is stuck too much and won’t move as easy as many other systems. It does have fully plastic covered depower line which protect it perfectly. The safety system is as it should be and it will fully open up the kite when using it. The crossing of the front lines can be untangled manually by turning the depower line (something we like to see on all bars). 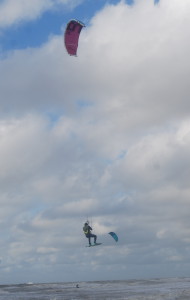 We could use the Force kites a couple of times. We have used them in a variety of conditions but always on a open sea with medium to pretty impressive waves. At the start on the beach with the kite at 12 o’clock the Force kite feels super light and responsive. Underpowered or the low end the Tuba kites are clearly at it’s best. In light wind (10 meter could be easily used from 18 knots) the kite benefits from its reduced weight (since it only has 2 struts). We did had to go back to the beach and pump the kite even harder. As explained by Dr. Tuba we knew we had to pump the kite really hard, but don’t underestimate the need. Without 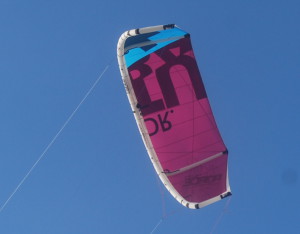 pumping it rock solid (close to 10Psi) it doesn’t perform well (a complete difference with the recommended setting of 6 Psi for North kites). The bar pressure is with the bridle on standard and steering lines on fast quite mild. It is enough to feel where the kite is positioned and light enough for smooth riding without too much effort. Going upwind and enjoying some effortless riding is no problem with the Tuba Force kites.

When conditions roughed up (more wind and bigger waves) the kite wasn’t at ease as it was with the lower winds. For example when 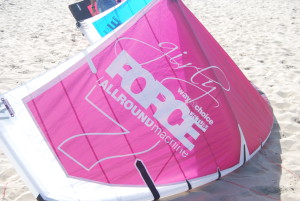 sheeting in for a jump the responsiveness  of the kite turns into a bit irritating wobbly feeling. The same is with gusty winds or doing any freestyle; when the kite needs to deliver a big amount of pull, it rather deforms instead of delivering the power.

In a reaction on the review we had the following comment from the designer Dr. Tuba:

Here I am really confused because everybody here loved the freestyle/unhooked performance of the kite. One thing here is true – they do not have a big massive power delivery in kiteloops as you’d expect from similar shaped kite, mainly due to a lack of canopy support (deform is a bit of harsh word as the canopy is breathing more than with more strutted kite), which, from my point of view is a good compromise for those who are getting into freestyle/unhooked as the kite won’t punish you for too much in case of rider mistakes.

In our opinion those rougher conditions the kite is missing a bit of stability from more struts or battens (the Tuba kites has no battens, a F-one Bandit has 4 and a North Dice even has 6 battens with both having one strut more than the Tuba kite). This limits the Tuba kites a bit to moderate conditions with the same riding style.

These findings are acknowledged by the designer to this not, as it isn’t as other kites. 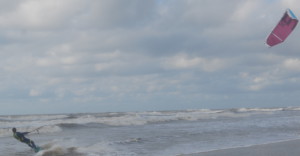 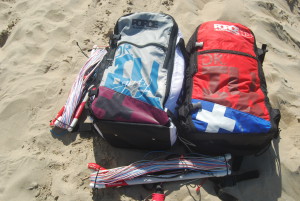 Reaction on the review from Dr. Tuba:

We launched only limited serie of the new age kite 🙂 We are staying firmly as a repair/parts brand rather than “kite brand” 🙂 We treat the kite as our project rather than some mainstream.

We only bought the EPIC chicken loop system + stopper, the rest we build by ourselves (eg. what factory has in their standard offer). In reality this is not an Epic bar, but looks like. We have our own lines which are made here in our loft, lines are 600kg/370kg. We can easily exchange the pull pull system with clam-cleats if customer wants to.

I guess you went into overpowered situation for the kite, basically kite is pulling you too much. I personally don’t go out in these conditions as I dont like them or I go with smaller kite. Also this about the gusts is a bit confusing to me as I know that the kite is eating gusts really well as we have very gusty conditions here. Off course if you go into those gusty conditions and with bigger kite, you need to push away the bar which lowers the AoA and because of little struts the canopy flutters, similar to strutless kite. Kite may bounce a bit in those conditions, this looks different to the “normal” kites you are referring to.

AoA is Angle Of Attack eg. angle of the kite’s canopy when flying. By powering/depowering you are changing a designed AoA. On less stutted kite the effect of “profile” fluttering is more noticable than on more strutted kite when you depower the kite eg. some compare this also to not stable kite which is not entirely correct as there are many factors which influence overall stability of the kite. As you probably noticed our kite doesn’t like to be depowered for too much in strong conditions that’s why rider needs to go on smaller kite for high winds.