After establishing that the Best TS already is  a kite for advanced riders, we wondered how even more advanced the Best GP is. The Freestyle oriented GP is designed to be even more “for the pro’s”. We tested the GP 9m, side by side with the North Vegas 2015, mainly to see to what extent average to advanced riders can benefit from it.

The five line Best GP has no bridles and a relatively small leading edge, 5 struts and 2 battens in the trailing edge. The battens were broken when we got the test kite. We don’t know if this is due to rough handling or due to normal use on the water, but it is something to keep an eye on.

The wide inflate and one pump system work nicely, although it takes some force on the outlet of the pump tube to connect it properly to the inflate. Deflating the kite is a bit irritating since you need to keep on pushing a small red button to deflate it.

The 2015 GP Freestyle bar has five 22m lines and a huge chicken loop,

probably intended for easy hooking after a unhooked trick and has no stopper ball on the double thickness, 8 mm depower rope for increased durability. Funny detail is that the depower line is (partly) elastic (see video). [youtube https://www.youtube.com/watch?v=1yvj4cecHB8&w=280&h=160]

The safety release needs noticeably more effort to open than most other safety systems. The bar itself gives a natural feeling, nothing really different or fancy from other bars. The lines though are a one of a kind; the lines look, also due to their coating, rock solid (the black coating even makes your hands black!). The data on the Eurocord DHPS-500 lines are also very impressive – one of the highest breaking loads we have seen so far with a stretching percentile of just 0.5%. The only downside of these figures is the large diameter of 2.05 mm, which (can) create(s) drag. One of the test riders noticed that the lines made a singing noise due to the drag in the wind. The safety is well taken care of and cannot be better; The depower line can be twited by hand to untangle the crossed frontlines after a loop. On top slide thorugh) typical Best swiffel.

We tested the Best GP 9m in perfect side shore 24-28 knots with medium to large waves. We compared the GP with the North 2015 9m Vegas (with wakestyle bar), also a full-on freestyle oriented kite. Both kites are similar in a lot of aspects. Both of them need much more input or active kiting to get going. You use significantly more energy 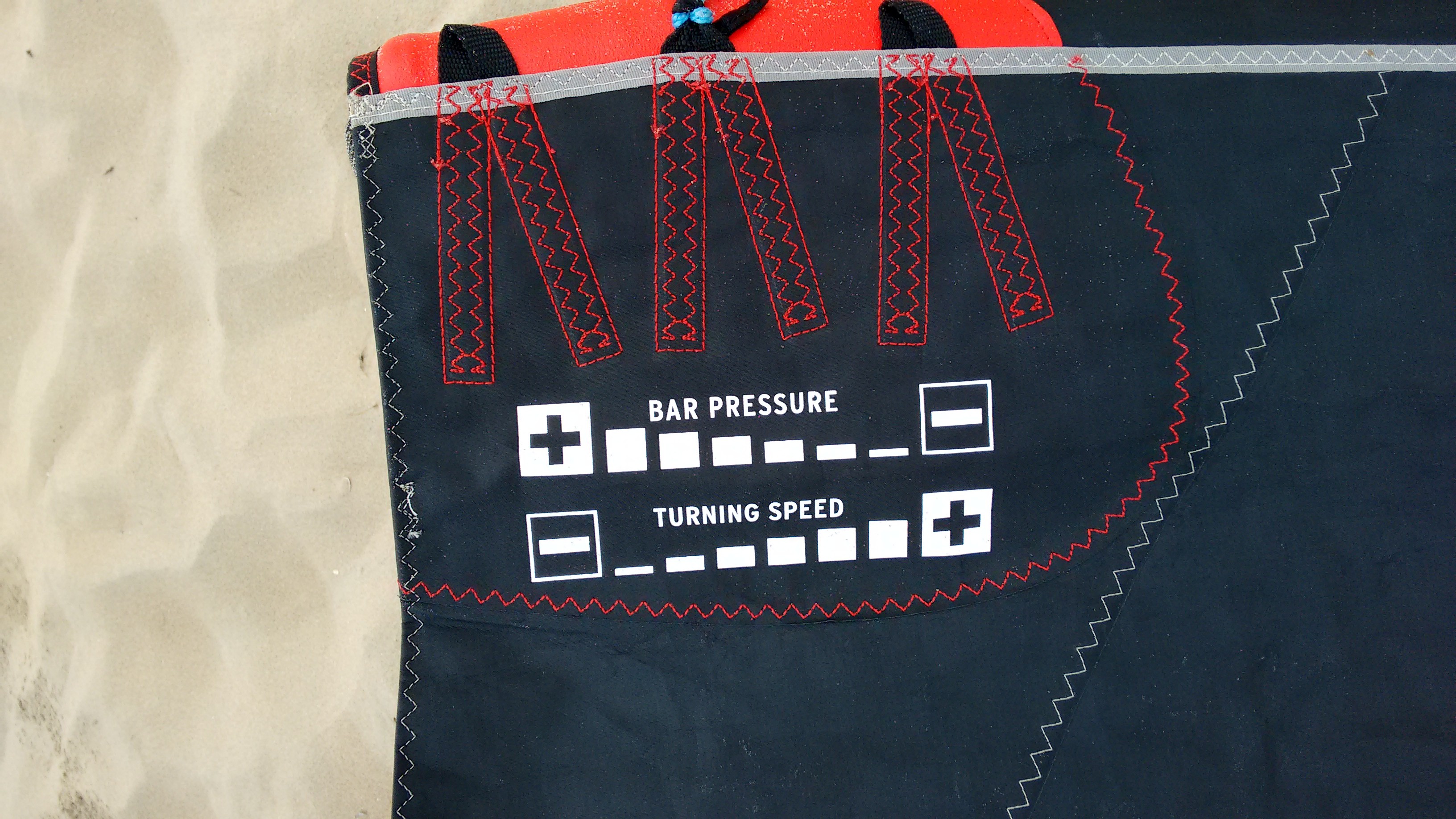 compared to  most other (non freestyle) kites. A remarkable aspect of the GP is that the power comes at once so it is a more or less on or off feeling. Compared to the Vegas the GP feels more solid and has more depower. It might have to do with the fact that the Vegas allows just 6 Psi and/or it was used with the wakestyle bar. One of our testers preferred the Vegas on the low-end side compared to the GP. 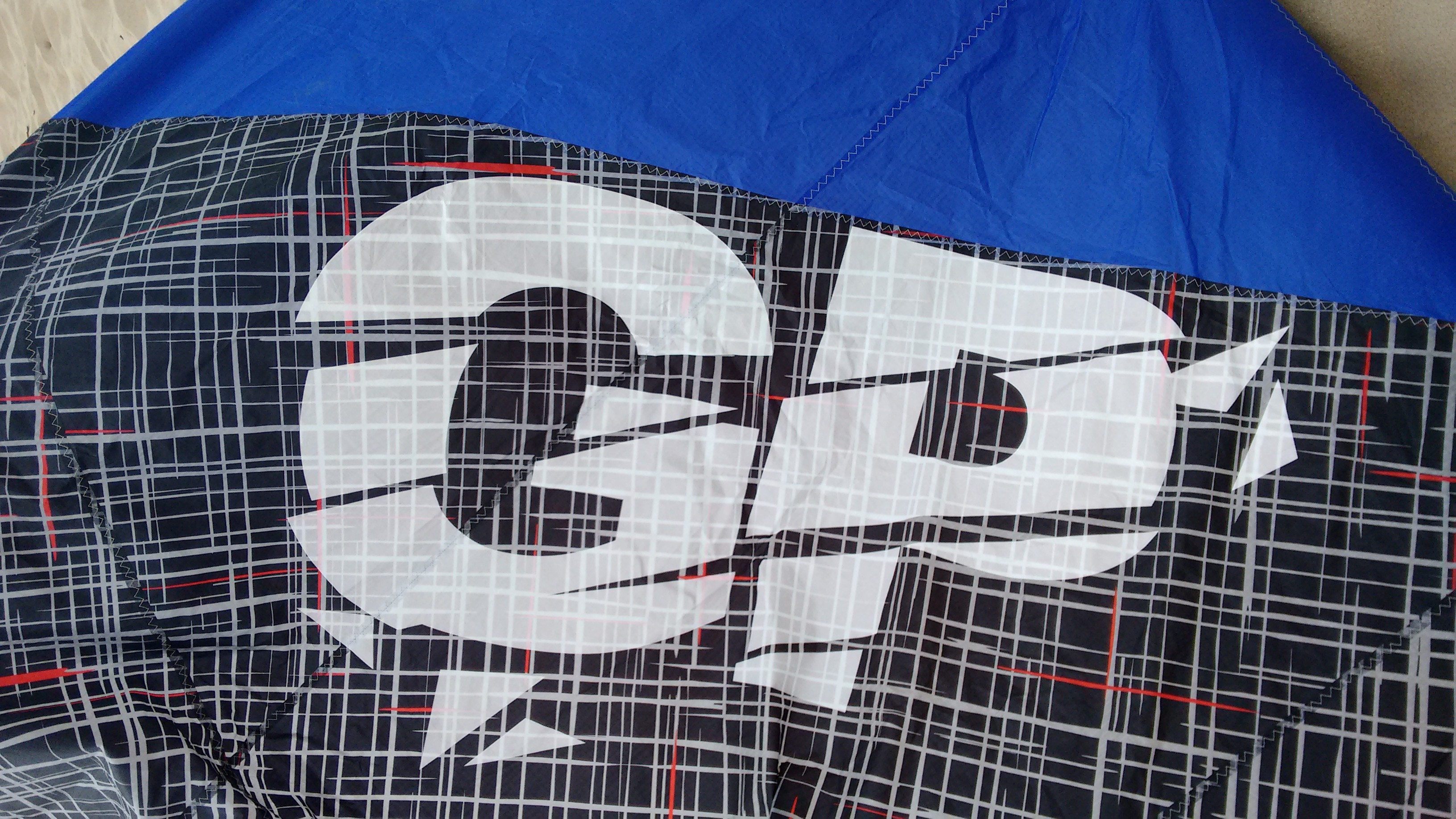 The GP is pretty fast responding kite. Initially it feels like the kite won’t move, but with the right amount (a lot) of input the kite will react and give an instant pull. The kite is clearly built to keep its shape and performance in high end winds as well. It is just up to the sports capabilities of the rider whether you can deal with the power. The bar pressure gets pretty high, even set at the light setting (steering lines). The pop is, as expected, aggressive and short. Pulling a kite loop needs a lot of determination, but (like the Vegas) if you dare you get rewarded with an enormous g force. The scary amount of pop was one of the reasons we were to scared to use it unhooked. But since the kite won’t move without any input and the fact Gisela Pulido (multiple female world champion) and many others use it in the VKWC without a doubt is the perfect kite for unhooked new school tricks.