The new FX from Cabrinha is supposed to appeal a wide range of kite styles and it is one of the new kites people have been asking us if we tested it already. The FX is the latest out of the current eight models from Cabrinha and yes finally we were able to test it. Cabrinha describes the FX as follows; the all new FX kite effortlessly bridges the gap between freestyle and freeride to create the perfect crossover kite. RIDER PROFILE: A rider who mixes hooked and unhooked freestyle tricks. Loves huge jumps and kite loops. Sounds good that is something we as many others indeed love to do.

In the designers note Youtube video is explained that the FX is meant to fill the gap between the full-on competition freestyle kite Chaos and the famous freeride kite Switchblade. The kite has 3 struts, 2 battens at each side in the trailing edge and a wide and quick one pump in- and deflate. It has 2 options for the steeringlines and the split point of the front lines is low, just above the depower system.

The 4 line bar has a very nice, gentle soft grip. To ride it on suicide mode, you need a bigger leash-hook than average. The depower lines can be twisted (turned), to untangle the front lines after a kite-, back or front loop. As described in other reviews, we think each 4-line bar should have this feature, to overcome any safety issues. One thing we don’t like is the very old -fashion power/depower system (which is common on Cabrinha bars). It needs too much effort to power the kite. It also doesn’t look to fancy and -in our opinion- is ready for an upgrade. The Cabrinha Overdrive bar will coast you around 500 euro which is very expensive.

We tested the 10m in a steady wind at 22 knots on open sea with medium sized waves. We (simultaneously) compared it with the North Dice 9m 2015.

There are two aspects of the kite that comes to our mind immediately when flying the kite. It is super light (almost as light as the Best TS) on it’s bar pressure. Even on it’s hard/slow (“B”) settings steering lines on the tip the kite is very fast with minimum bar pressure.
Second is it’s quickness in response. We flew the 10m but due to these two aspects the kite felt more like a 8m. This shouldn’t be misinterpreted as being a kite that has a bad low end. We would describe it’s low end as average (the 9m Dice had as much pull as the 10m FX).

One more thing that became clear while jumping and looping: is it’s kindness; the kite is really sweet to you. It handles so nicely that the kite is anything but aggressive. Even overpowered the kite still lifts you in the air with a short but nice pull. The same can be said from a kite loop with the FX. All though a real (mega) kite loop with a 10 meter isn’t the ideal testing combo, we felt just like it want to be nice to you.

More experienced kiters will miss that aggressive aspect of the kite, but you really get a lot in return for it. We would even suggest that this kite would suit a kiter that is ready for his next step in doing some tricks. But we wouldn’t advice it to people that either needs to really feel the kite all the time or those who have a less gentle riding style. 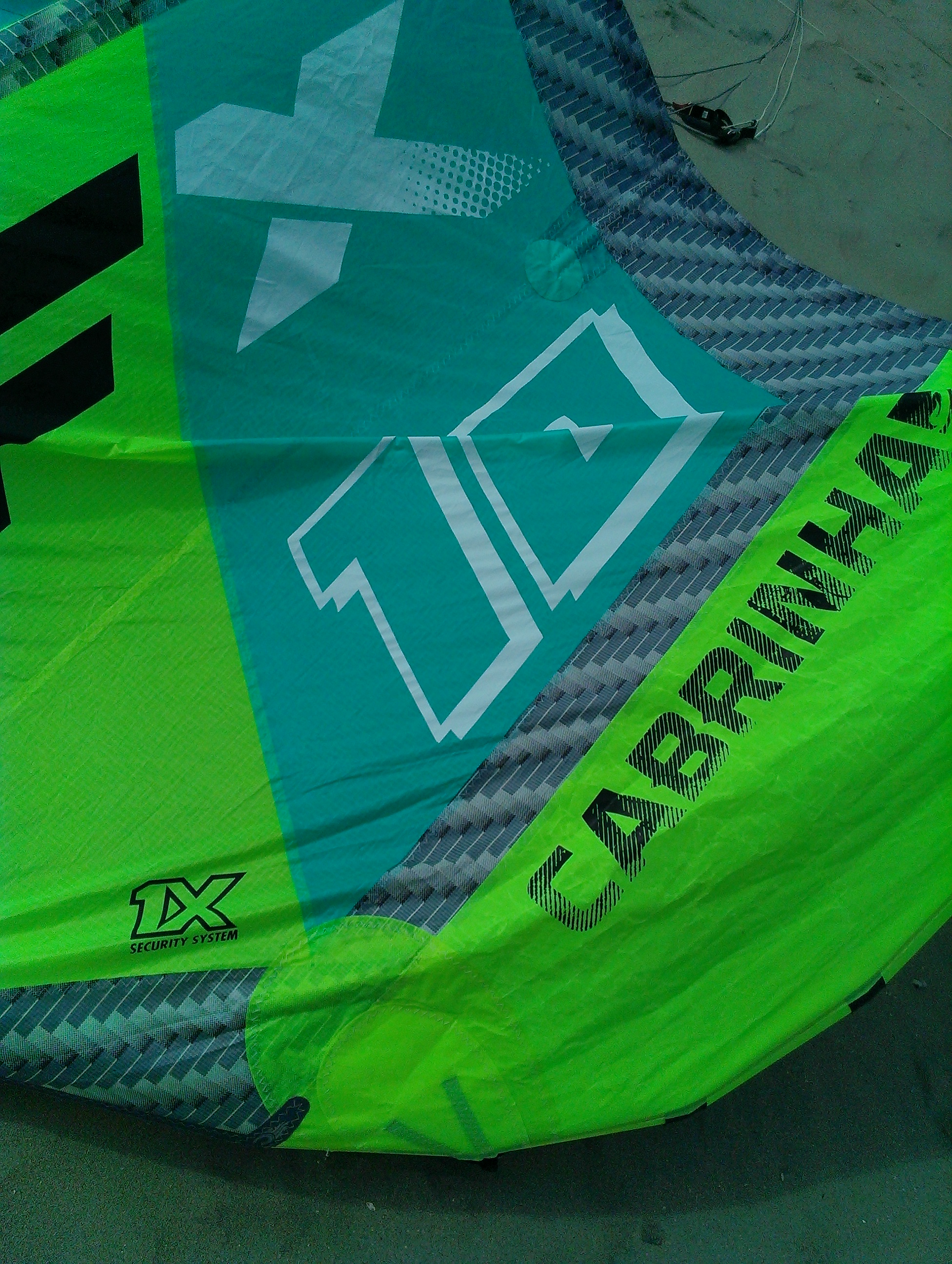