The 2015 Gaastra Spark is described as a crossover kite with superb low-end performance which should take you to the next level. It is not literally stated, but it seems the kite is intended for beginners, all though the Gaastra site states that the Spark is very popular with all riders.

The tested eight meter kite has five struts (three struts on 11m and above), the inflate is a classic wide -and quick- entrance to the perfect one-pump system and comes with the same four-line X2 bar as the freestyle oriented Pure which we tested (nine meter) at the same time with the Spark. The Spark is a bit cheaper (roughly 80 euro’s) than the Pure.

We tested the Spark in steady 19 knots wind with some small waves up to 1,5 m. One thing immediately was clear; the promised low-end was certainly there. For example the eight meter Spark had more pull than the ten meter Best TS 2015 (which we also tested at the same time). The power is very clearly felt at the steering lines. In fact it was so powerful it reminded us a bot on the famous Slingshot Turbo Diesel from a couple of years ago. With one difference though; the Spark has a much smaller rotating circle and feels even a bit lively due to this. The power on the steering lines gives you a good feeling where the kite actually is, which really helps when you are a beginner. The down side of the huge amount of power on the steering lines is the intensive workout you get from riding with the Spark 2015.

You don’t need to worry about its stability; this eight meter kite feels, and looks, very firm. This is probably due to its five struts, which is mostly only found on high-performance kites these days. Most similar kites as the Spark just have three, or even just 2 struts (like the Naish Ride). 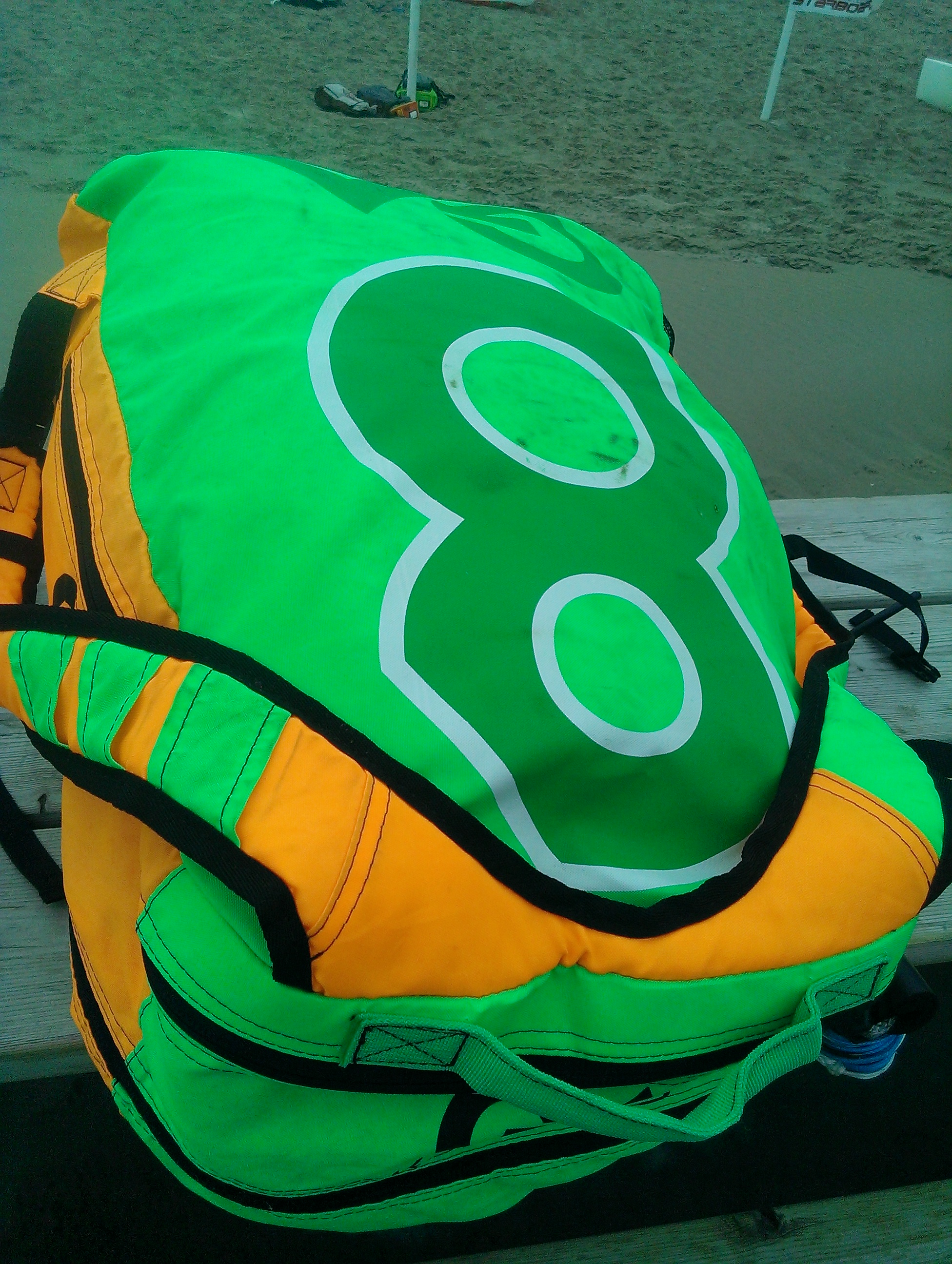 Jumping is quite easy. The power to get to your jump is given over a long time when aiming for it. So timing for its perfect pull is not really an issue. Due to the high split point of its front lines in combination with the direct power on the steering lines it is a bit harder than usual to not over rotate the kite while jumping.

We couldn’t test the kite overpowered due to a lack of wind, but it seems the kite will stay in its shape no matter what. We wonder though how the kite would feel in (over)powered situation. De-powering is off course the logic step in such situations. We wonder if this de-power doesn’t affect the lively steering feeling too much in such (over)powered settings. 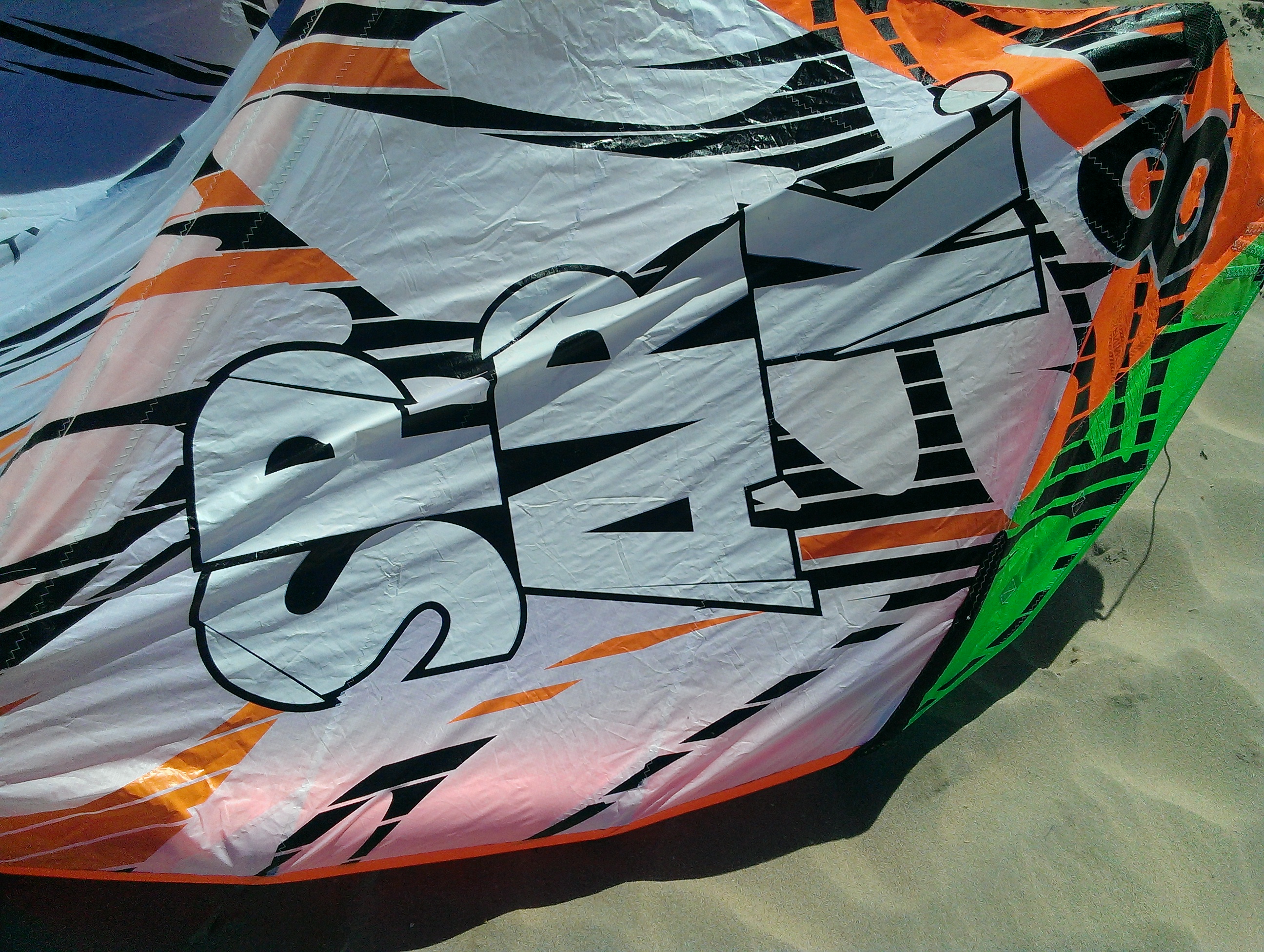 We have made 5 struts in the smaller sizes, since they are used with stronger and thus more variable winds. We think the high-end of the Spark is also very good. We think mentioning anything on this high-end in the review is speculation. We are open for a re-test is necessary including that of the Pure 2015.