The Canadian brand Ocean Rodeo comes with four different type of kites in their 2015 product line. The Razor is one of them and is branded as the C shaped freestyle shaped SLE (Spported Leading Edge; kite with bridles). There are some details which suggests the Ocean Rodeo R&D team have put in some long thoughts about some remarkable features the Razor needs to have. The two most obvious ones are the amount of struts (four) and the other one is the little twist in the leading edge just before the tip of the kite.

The Razor comes in four pretty slick colour options. The kite has four lines and two pulleys on each bridle. One of them can be locked by a (never seen before) so called simple bridle lock. The pressure of the kite is clearly stated on the LE. It is nice to see a more realistic value (for a eight meter eight psi) is stated than the six psi North states on their 2015 kites. The price is, without bar with just under 900 euro’s, more than reasonable. 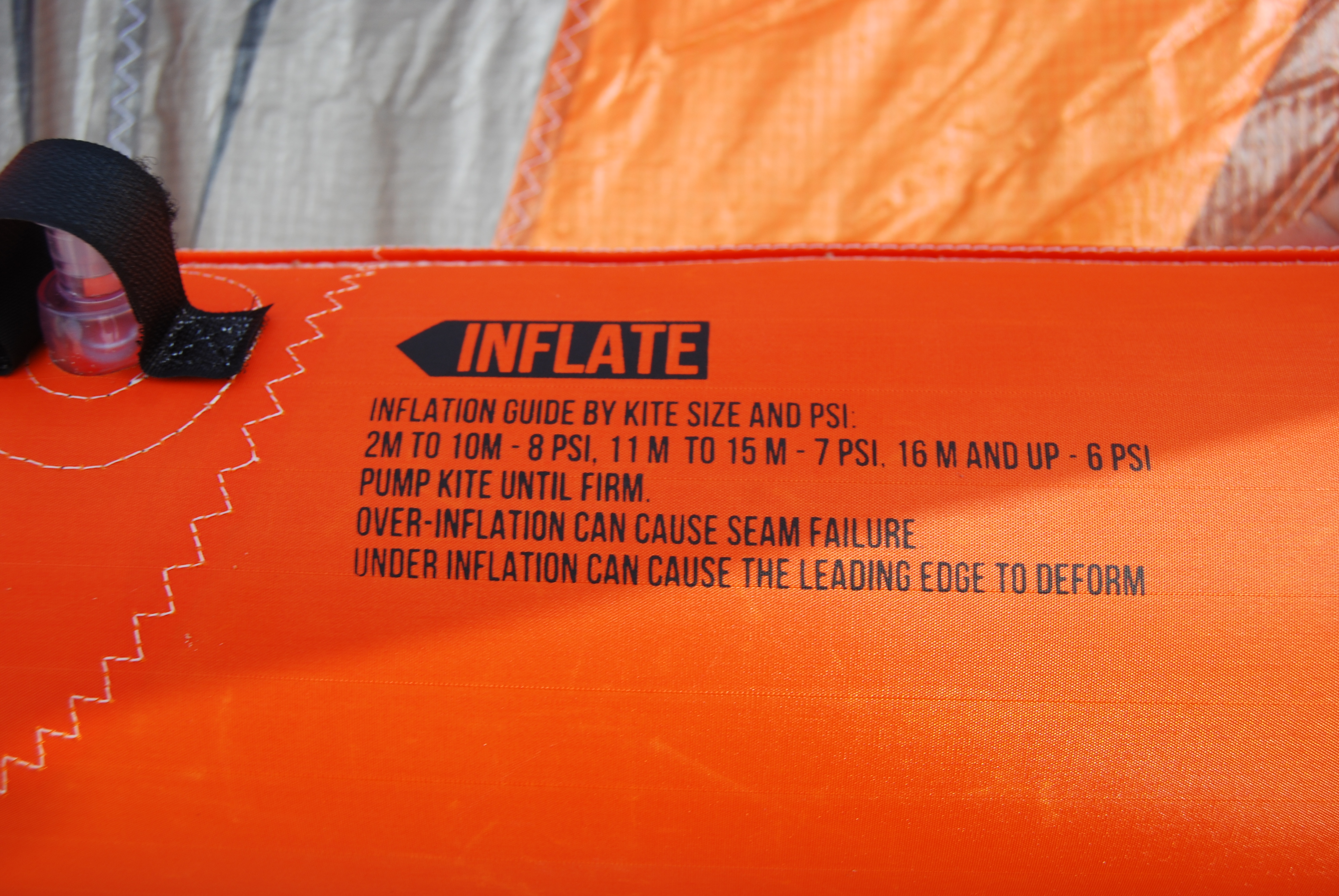 We couldn’t test the kite with the 2015 bar, but we checked online what it is like. It doesn’t seem to differ much from the 2014 one, which we used. It is a pretty nice bar, but we do have some remarks on it; The most important one is it’s safety. The safety is limited due to the two line safety; it means that when using the safety the bar will just go up about 5 meters until the swiffel. It is not an uncommon system. For example the Monolith F-one bar has the same two line safety. This two line safety just will not completely put the kite at ease. In a dangerous situation this can lead to a serious problem. Many other brands will have a much better one line safety system. To use such a one line system the front lines should not be twisted. Another remark on the bar is related to this; The depower line cannot be manual adjusted (turned around). Some bars like the Best or the North do have this feature. It cannot only support a single line safety system, but it also untangles the front lines, which one way (back or front) loopers will appreciate a lot. Another issue is the distance of the depower system from the bar. It is quite far away. People roughly under 1.75 wont be able to reach it. 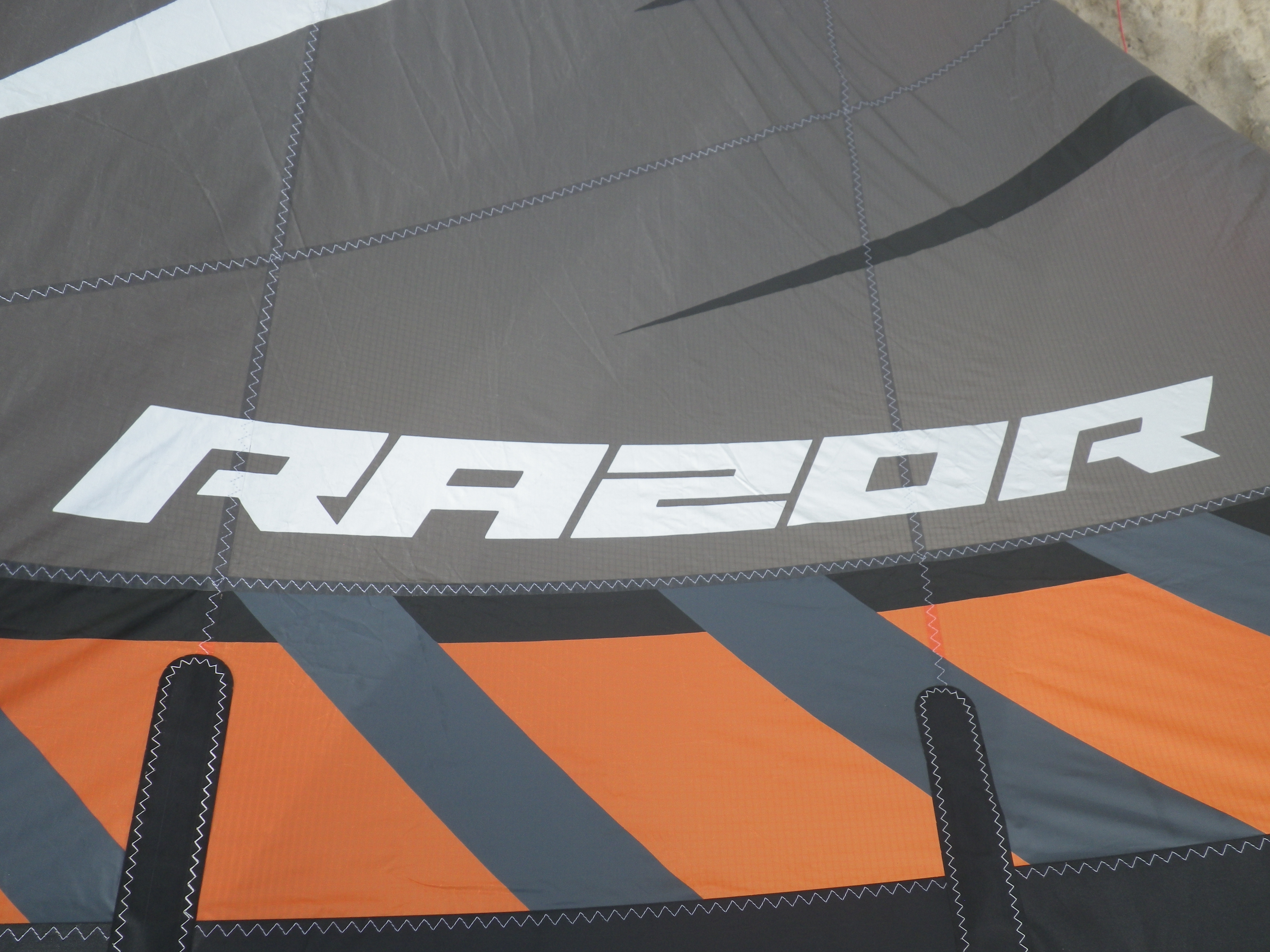 We tested the eight meter Razor in perfect testing conditions in 25-28 knots with medium sized waves (about 2.5 meters). We simultaneously used a F-one Bandit 7 9m and a North Dice 2015 7m and 9m. The bar pressure of the Razor is medium (steering lines set at the outer tip of the LE) and a bit more than on the F-one bandit 7 or a North Dice 2015. The Razor doesn’t need much time to get used to. It feels really natural and you can kite it almost blindfolded. It is pretty reactive, similar as the F-one Bandit, but it needs a bit more effort. Jumping is super easy and it has a steady and smooth pop. You can easily find it’s sweet spot to get you air born. Underpowered (in gusts) it tends to stall a bit. It felt like this kite is not meant to be used underpowered. In gusty winds and when powering up the kite it feels like it is looking for it’s ideal position in the air. When we used the bridle lock on two out of the four pulleys this behaviour was gone. Looping the kite was pretty insane. It has a steady and strong pull during the entire loop. But is needs a lot of effort to get it going round, more than a F-one Bandit or a North Dice. However the razor, also stated in the graph from Ocean Rodeo, is the most aggressive of the Ocean Rodeo kites. We haven’t tested the other one’s yet, but an average rider probably wants something around the orange or green area; A kite that is nice and playful but also challenging. The Razor definitely is not far off from that.

Reaction of Ocean Rodeo on the review:

It is a nice and honest review. We are working on a single flag out safety system which should be available in August 2015