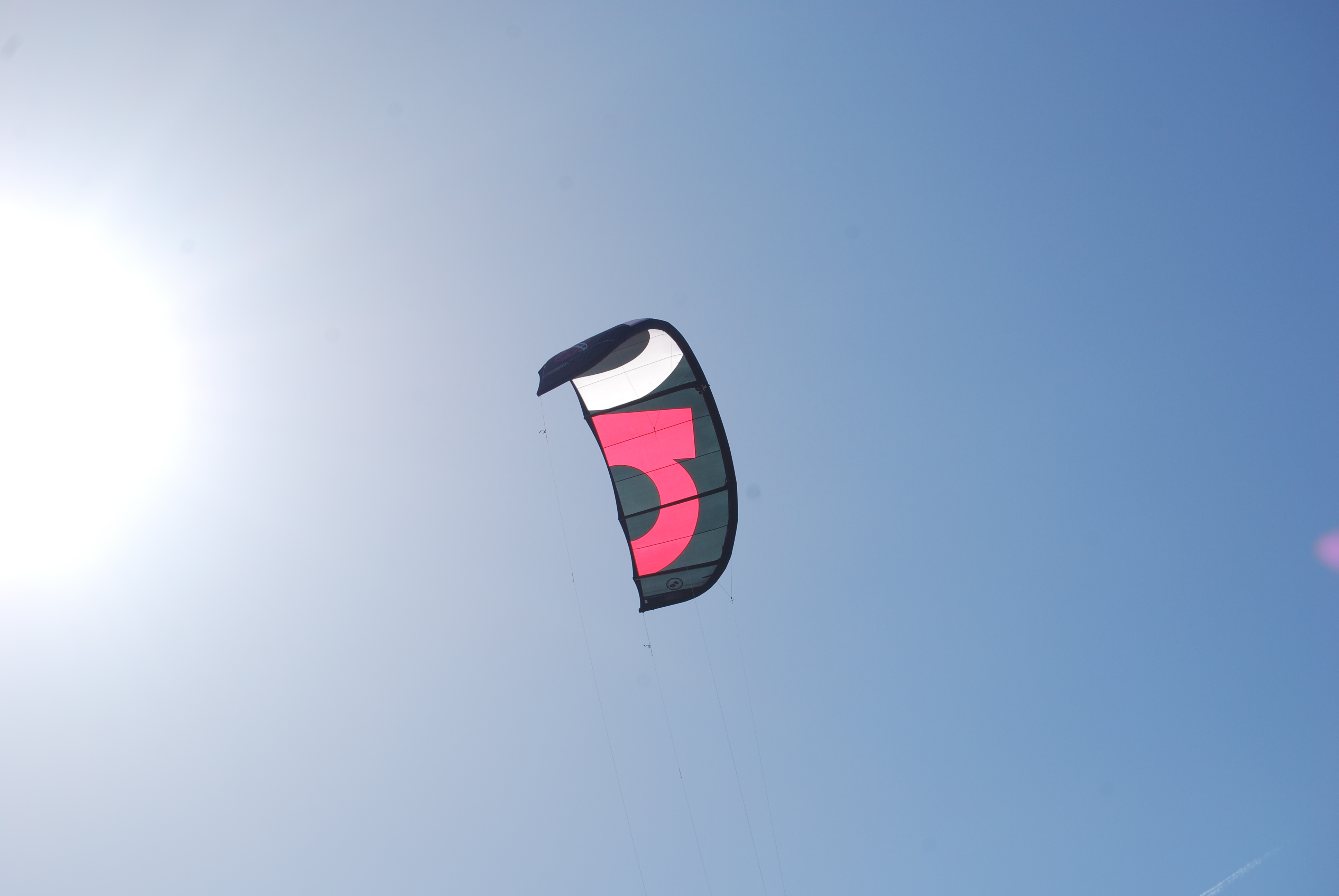 JN Kites, named after its founders in 2003 Bernd Jochum and Michael Nesler, might be known to you without realising it. Not only did they design kites for some of the big brands in the industry before 2003, but you might also remember that kite with the huge, funny looking flower on a kite…?! Yes that is a JN kite. We tested the latest models of three different versions they produce; The all purpose Mr. Fantasic third edition , the pure performance oriented C-shaped Prima Donna sixth edition and the fast responding performance weapon Wild Thing Revival 5th edition. The (list) prices of the kites and bars aren’t as cheap as you would have hoped. It is not a very well-known brand, which is not a bad thing if you want to ride something different from the crowd. The second-hand market is also a lot more limited for these kites.

The four-line Mr. Fantastic comes with a classic one-pump system which works as it should. It has three struts and really long bridles with pulleys. It has two different settings on the steeringlines, but the outer (faster) setting is the one to use. It has a nice, wide inflate system similar as Cabrinha that feeds the solid working one-pump system. All three tested kites get a recommended pressure of 6-7 PSI, which is on the low side. 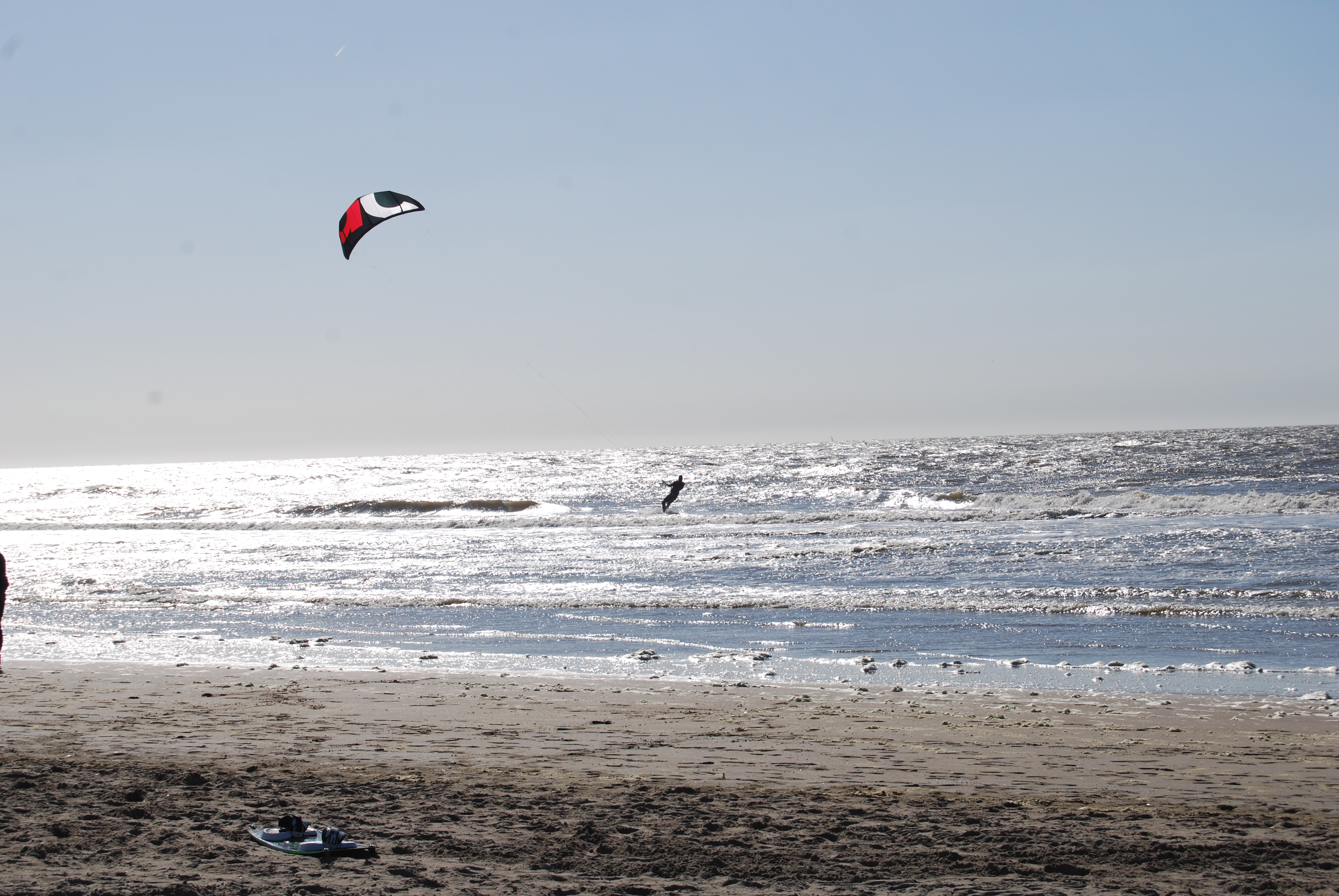 Flying the kite gives you a power full feeling straight away from the bar. The power comes quite dosed which is excellent for it’s low-end (it had quite some pull in our 20 knot wind). It is certainly not a freestyle of a kite that wants to be looped around.It is more the opposite. We found it quite comparable with the Naish Ride, all though the Ride felt much stiffer. From the three kites we tested, we liked Mr Fantastic the least.

The sixth version of the Prima Donna comes -again- with a very recognizable huge half of a flower on the trailing edge of the kite. If you look at it it feels like spring is in the air. There are five colour options, which are much nicer in reality than is shown on the web-page. The Prima Donna comes with a five line set-up with a split on the fifth line a few meters from the kite. There are no bridles or pulleys and it has five struts, but no battens. It has a classic in- and deflate system with a very well working one-pump system, which should be a 6-7 PSI. This is a bit less than most riders would pump it.

We tested the nine meter in a steady 20 to 22 knots of wind with some small waves. The first feeling, standing on the beach, of the kite is that it is a quick responsive kite. When you take it out of a ride this feeling changes a bit. We got a bit less quick response from the kite than at our first feeling. You feel that the kite wants to stay at a certain angle. Considering the aim of this kite; the pure performance oriented C-shape we started to understand that this behaviour is intended. If you do a freestyle trick you don’t want to get the kite flying all over the place. It needs to stay in one place, which it does. There are two set up possibility for the steering lines. The slow setting is taking it even further less reactive (for this 9m). We assume everybody will set it to fast.

When aggressively edging your board and powering the kite up, aiming for example for a jump, the fifth line can be felt; the kite tends to twiggle a bit a this point from side to side. This might be due to the way a five line kite works, but it may also have to do with the amount of pressure (6-7 PSI) the kite was pumped. Hang time and jump hight was okay, but not a Woo sports game changer. Underpowered the kite felt a bit over-sheeted, even in the medium set up, so we recommend not to set the steering lines to more power.
.

The Wild Thing Revival kite is way more alive than the Mr Fantastic and the Prima Donna. It hasn’t got (too) much power as the other two, but it is turning and reacting exactly as you want it. A very predictable and easy to ride kite. Jumps are easy due to a nice sweet spot for its pull of power. It won’t break any hight records with it, but it does put a smile on your face. Looping the kite is easy but, probably to the high split point and the relative skinny leading edge, doesn’t give the explosive pull as a Ruben Lenten mega-loop should feel like.

The Wild Thing was our favourite kite of the three JN kites we tested.

The bar of JN kites is very solid and has a rough (for a soft female’s hands probably too rough) grip to hold on to. It has an effective firm plastic protection over the de-power cord against any wear out. The push-away safety is a bit different from most other brands and releases the chickenloop completely (like Wainman has). The safety leash should be attached at the ring which should go through the loop to avoid losing it when releasing. A suicide option (for unhooked tricks) in combination with a safety release is only possible with a large (leash)hook (same issue as with the Gaastra Pure X2 bar). The bar comes with a quite high split point of the front lines.

Below the reaction from JN-kites on our review;

It is our bestseller, because of his sportive all-round character, stability , hang time and very good low end.

We have been winning  some freestyle events thanks to Mr F3 size 12 and 14 in lower winds J.

Size 9 is our classic model  – we agree with your wording.

Size 8 –  we agree to your wording  but of course hope that size 6 to 16.5  would convince you even more

yes you can also use it in the suicide mode by simply fixing the leash to ring + loop.

Wainman copied us – it was our idea 🙂