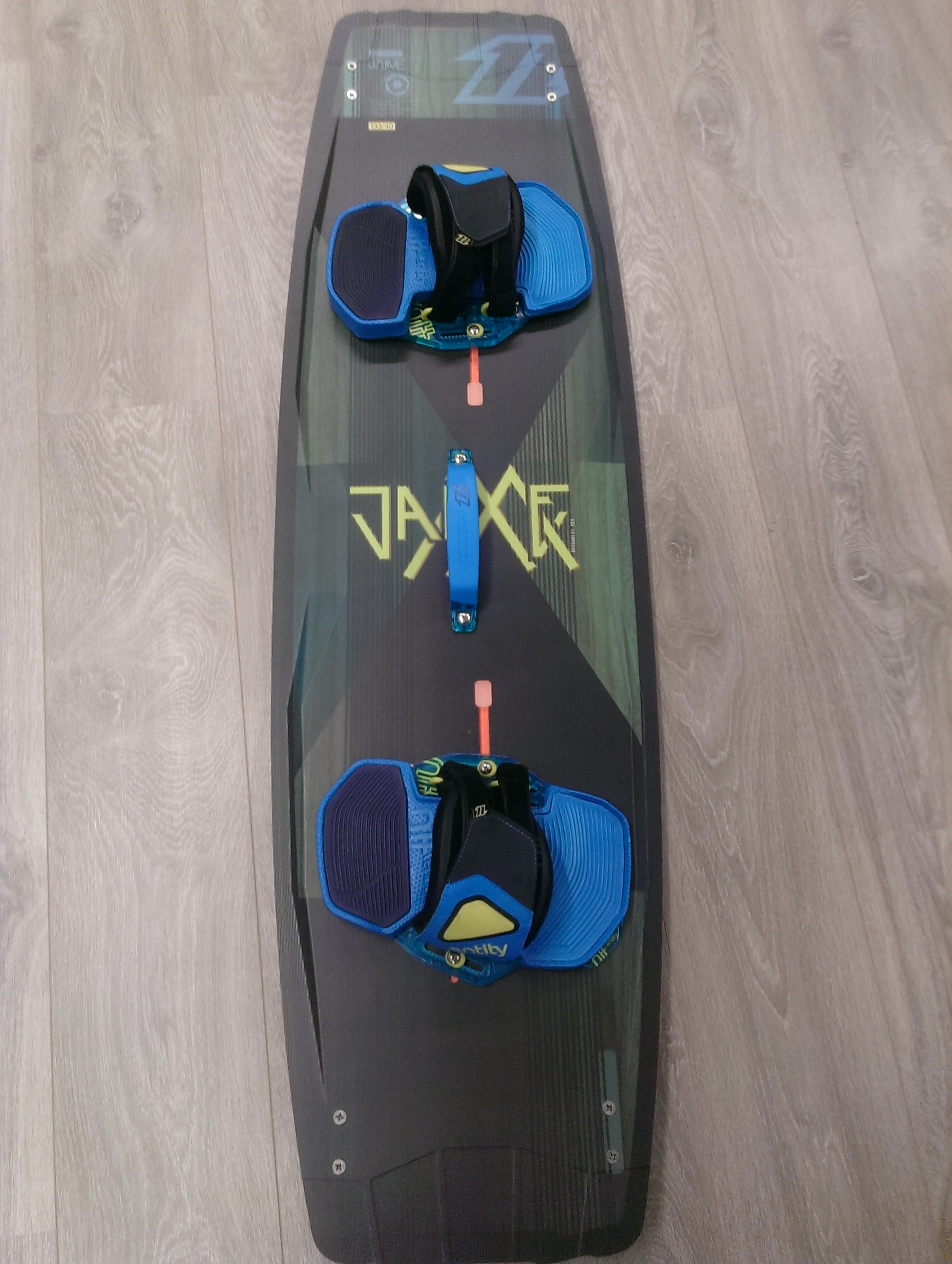 The North Jamie board is one of the most popular boards of North. The 2015 model is already the 10th edition. It got its name from Tarifa veteran kiter Jaime Herraiz.  The website of Northkiteboarding has sophisticated choose&slide features which pops up “best match” with the Jaime when selecting 25% Freeride and 100% Freestyle. The Jaime, according to the North website, is “The real beauty of the Jaime however is its forgiving nature; it’s one of the easiest boards to ride, yet it is still packed with performance “.

Beauty is in the eye of the beholder, so we are not sure if it is a beauty (it may be stylish blackish,but it is not really outstanding in looks from other twin-tips) but we where more focussing on its promises being easy and performance. 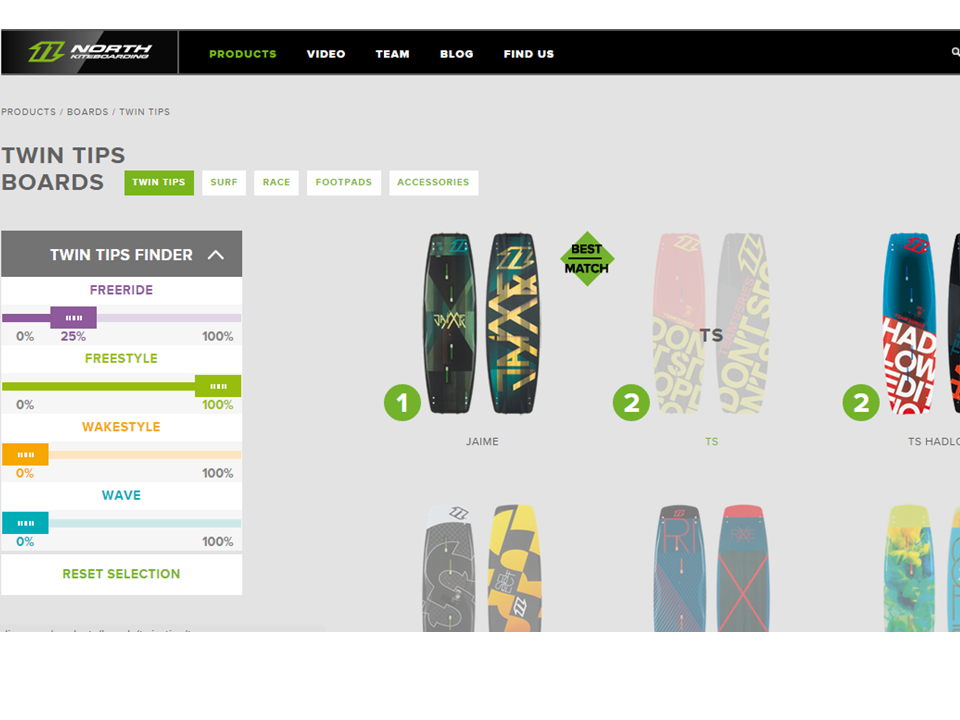 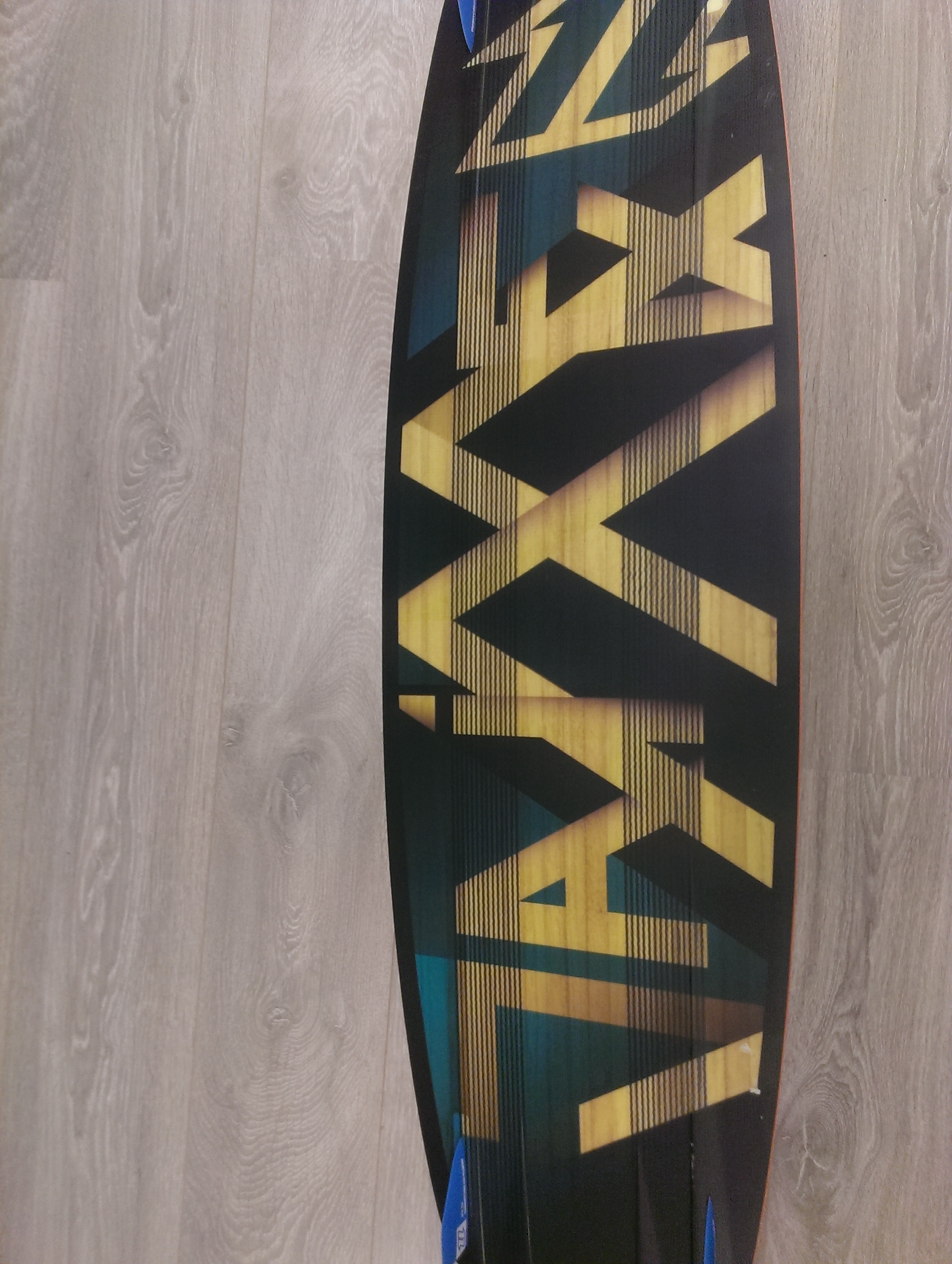 We tested the 2nd size (out of 4) 133*40 cm board in medium conditions; with 22/24 knots on a 9m North Dice and small waves around 1 meter. Since it was 6C we had to use neoprene boots against the cold. We compared it with the F-one Acid Carbon 132*40 2014. On paper the Jaime and the Acid should be comparable, since the size, price and the aim (freestyle) are similar.

The boots and the Entity straps where not such a good feeling as it is with bare foots. The straps are very comfortable, but with boots you hardly feel if and how the board is still on your feet. It is a minor issue, but still it does make you feel a bit insecure when really pushing it, when preparing for a big jump for example.

The straps and pads are attached together in a sophisticated way to the board; instead of the classic 3 options (wide, middle and narrow) inserts there are 2 rails (North’s “track system”) which allows any position wanted from front to back. The straps can be independently shifted up and down which gives a very wide range of possibility’s for both the angel of the stance as the distance to the rails (side ways). It works very well and is remarkably quick inserted without any struggling as is the case with a lot of the traditional systems. 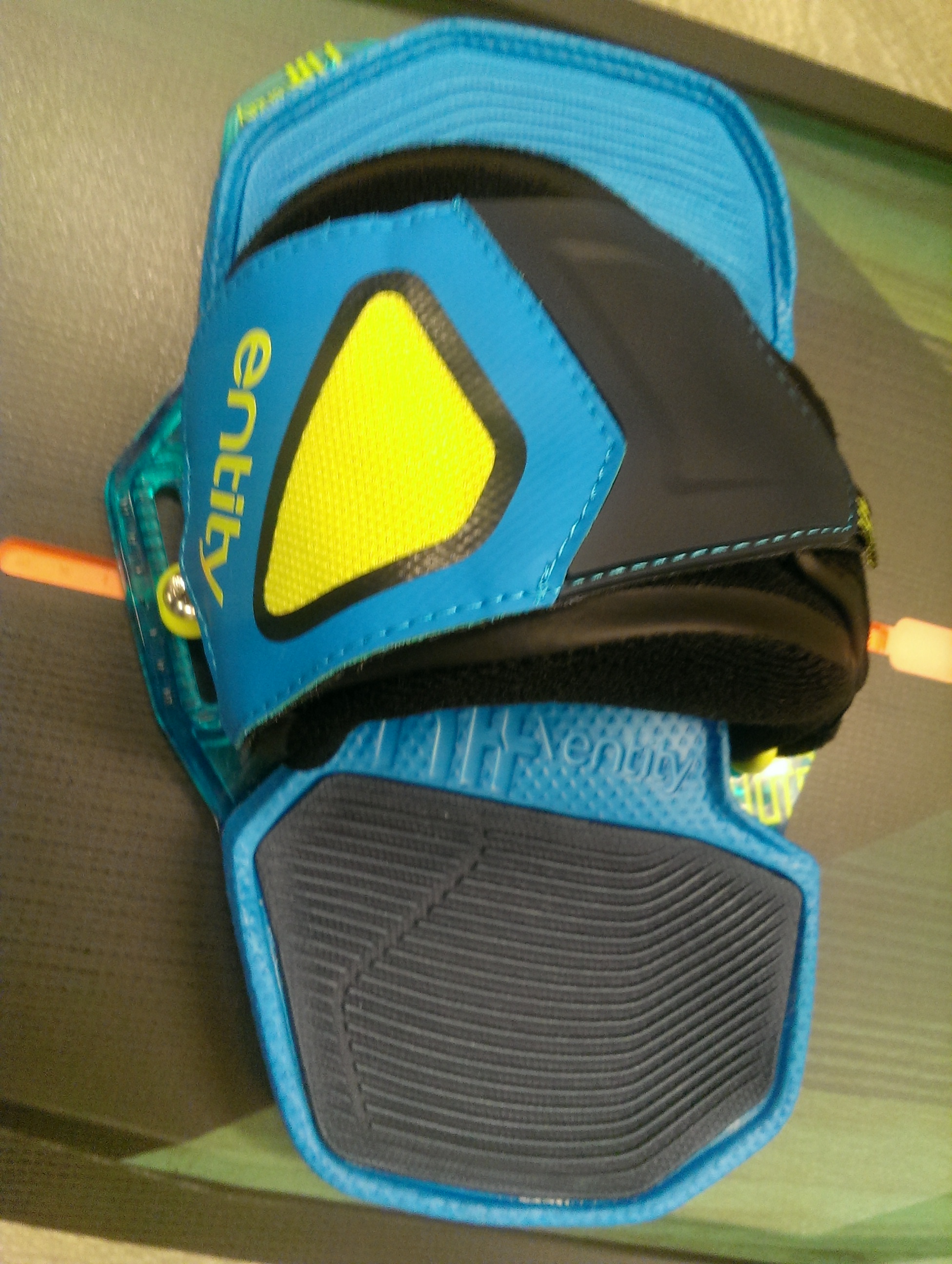 When sailing out you feel it immediately: The Jaime is quick, really really quick. It is amazing also how easy it went upwind. Switching back to the F-one Acid, one thing is immediately clear; these boards are not alike; The acid is a lot slower and not half as good in riding upwind as the Jaime. The F-one Trax, for example, will be much more alike. Which makes you wonder if the “freestyle” label for the Jaime (which the North website suggests) is correct. We don’t think so. A lot of websites states the Jaime to be “all round”, which is not particularly Freestyle. Probably this means that it is a lot closer to “Freeride”.

All though the North website states “excellent pop and you really get great lift from the board as it leaves the water”  we think it is quite different; Yes it jumps great, but that is not due to its pop; the board feels too stiff. It does jump, but you will use more its incredible speed to get it air born. Jumping is where the Acid is much – much more in its element. The F-one board really uses it flexibility to pop the board it in the air. Landing is the same story; where the Acid is build to get you down nice and easy, the North will let you know you are back down again the hard way, which -again- has to do with its stiffness.