After 4 weeks of comparing the F-one Bandit from 2015 (“version 8”) and the North Dice 2015, we have made quite some notes and remarks to fully evaluate the differences. We already made a description why we compare the Bandit 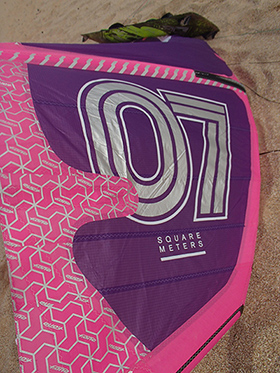 and the Dice and what the similarities and differences are on the lines and bridles. This report is mostly  on the performance (see below at “Details that matter”), the most important aspect of a kite. Any differences described here are on details. Both the Dice and the Bandit have much more in common than they have differences. We all felt very happy riding with both kites, whatever the rider or circumstances. 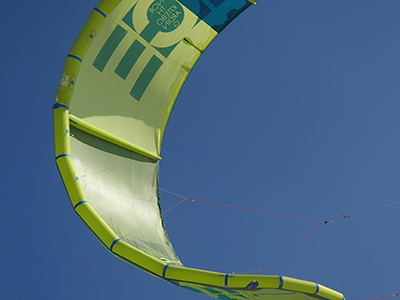 4 weeks in Spain, in and around Tarifa with up to 6 people (varying from 50 to 95 kg) riding 7, 9 and 11m’s at the same time in circumstance from a sunny, steady 17 knots, gusty 20 till 40 knots “Levante” and steady 35+ knots in the rain on flat to choppy waters and with waves up to 4 meters. In short: We came across all possible situation which provided excellent testing possibilities. 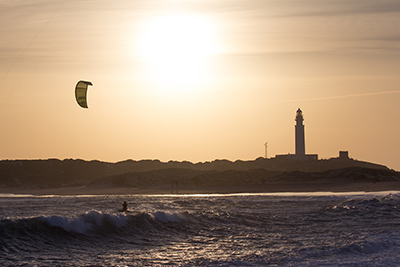 They only aspect we are unable to test is the “durability”, since this will take months to discover. 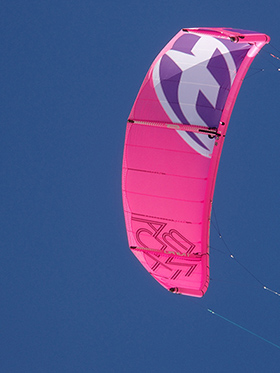 We could go through a whole list of differences which don’t really matter. But some people are very sensitive on matters which don’t influence the performance, like the color options (F-one Bandit is available in nine colours. The Dice in just three colors), the size of the bag (bigger for Bandit) or the fact you can lengthen a guarantee period by 6 months (North Dice). So let’s list a few; The bag of the bandit is missing a bar pocket (you get a very sweet bag with it, which you probably use twice).
The amount of “extra’s” on the North kite (books, lines, spare parts for the one pump system etc.) is overwhelming.

The deflate of the North is at the tip of the kite of the F-one at the middle. The Bandit (still) has a inflate/deflate connection on the middle strut, which has just one function: make you pump until you drop the first time you use the kite (it is open when you buy it). The Dice has a “lazy pump system” which will get you going roughly twice as fast as the old fashion one from the Bandit. The advised pressure for the Dice is 6 PSI for the Bandit 10 PSI.

The outline of the kites (see the pictures) is very much alike. 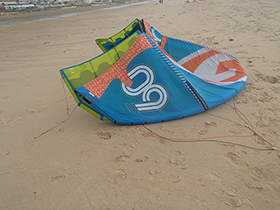 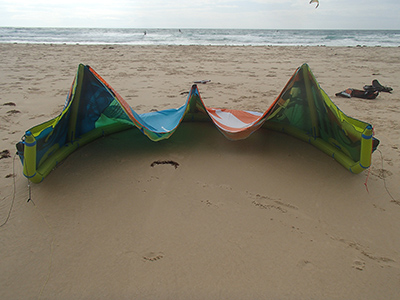 The Bandit has 3 possible settings for the steering lines, the Dice 2. The Bandit has 2 battens, the Dice 6. Those of the Dice can come out easily because it is closed by a piece of velcro, maybe a bit too easy. More serious, but still not really a major detail, is the fact the Bandit is making a very annoying sound from time to time, due to the shaking of the cloth at the back of the kite. Especially when the Bandit is going from one side of the power zone to the other it occurs a bit too much. The Dice is much more quiet. It might be explained by the 6 battens in the Dice but it could also be a different way of cutting the cloth (more tight?). We payed a lot of attention to this effect, but we could not really establish a negative effect of the shaken cloth, other than that it really is loud.

The Dice is quicker, needs less input and has a lighter bar feel. All though it is not really a huge difference, it is noticed by all riders. Even when the Dice is set to “hard” and the Bandit on “fast”, the Dice is still faster.

We did not really compare it, but we suspect the Bandit version 7 is faster than the Bandit 8. The bandit is a bit rougher than the Dice; The Bandit needs more input from the rider and is giving back a more on-off response. Where the Bandit is possibly a bit more suitable for freestyle, the Dice will be a bit gentler but also a bit more fun to the average rider.

F-one claims  the Bandit 8 (among other improvements) that“The kite flies through the lulls as if there were nothing but constant wind.”. Since the levante winds in Tarifa “invented” inconstant winds; we could test this very thoroughly. All though it is quite difficult to test we cannot say it is noticeably different from the Dice 2015.

Both kites have a huge wind range, no limits in jumping, looping (set them to the “hard setting”!) or waveriding. It will suit most riders in any situation, and in our opinion will be both a good buy. Hopefully we have shown the differences so that it helps getting you a step closer to even more fun sessions on the water! 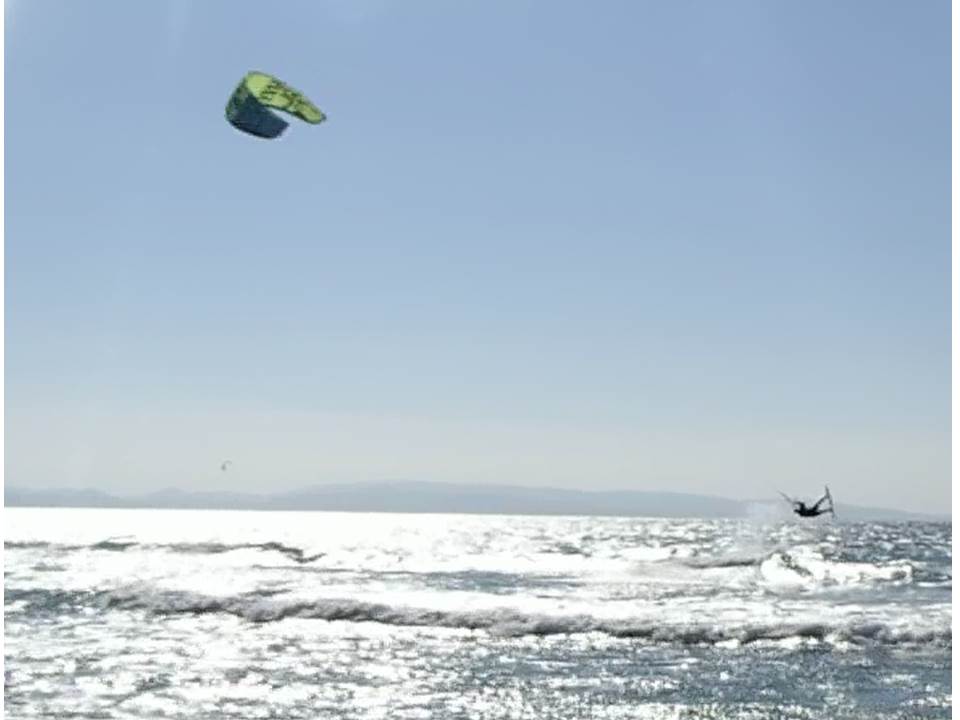